The U.S. central bank has already raised its benchmark interest rate by 225 bp this year as it fights to bring back under control and a is likely today.

The Fed will also continue to shrink its massive $8.8 trillion balance sheet, adding to policy tightening against a market backdrop that is much more volatile now than the last time the Fed reduced its bond portfolio.

Taking that into consideration, I expect the three companies to outperform in the weeks and months ahead.

Despite a challenging macroeconomic environment, Bank of America (NYSE:) is well positioned to benefit from the Fed’s aggressive rate hike while capitalizing on the strong surge in Treasury yields. Lenders tend to boost the return that they earn from their loan products, or net interest margin as rates increase.

In fact, the Charlotte, North Carolina-based financial services company noted in its second quarter report in July that it expects net interest income to improve by between $900 million and $1 billion during the third quarter. And management believes it could grow even faster in the fourth quarter.

Additionally, the banking giant’s ongoing commitment to returning capital to its shareholders through stock buybacks and dividend payments further enhances its investment appeal.

Not surprisingly, Bank of America’s stock remains a favorite on Wall Street, with 26 of 27 analyst ratings collected by Investing.com reflecting a bullish recommendation. 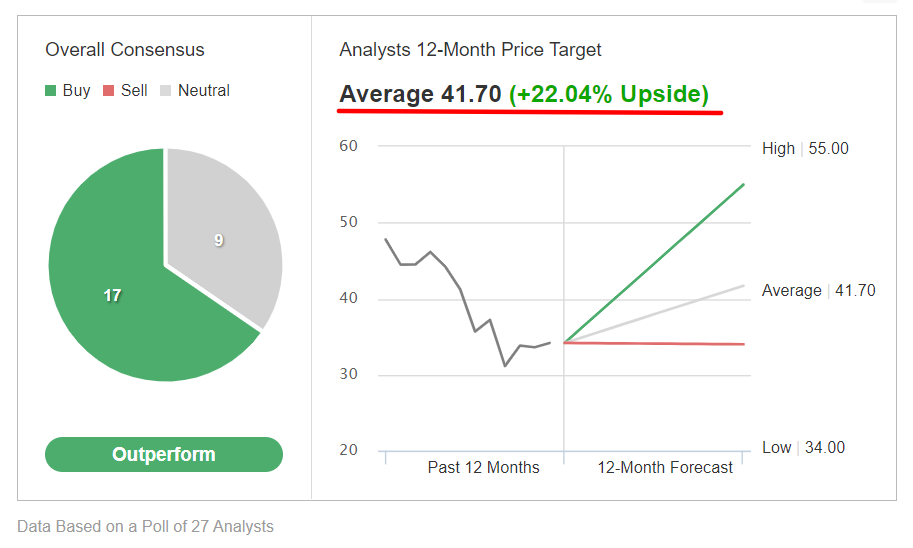 Even more promising, the average fair value on Investing Pro+ implies around 28% upside from current levels.

The bank, which posted mixed second-quarter results, is forecast to deliver third quarter numbers ahead of the U.S. market open on Monday, Oct. 17.

Consensus estimates call for earnings per share of $0.79, falling 7% from EPS of $0.85 in the same quarter a year earlier. Despite facing hurdles, revenue is forecast to rise 2.8% year-over-year to $23.4 billion.

As one of the nation’s most interest-rate-sensitive financial institutions, Charles Schwab (NYSE:) is in place to reap the benefits of the Fed’s hawkish monetary policy outlook, making it a solid option for long-term investors. According to a recent regulatory filing, a 100-basis-point increase in the Fed funds rate would boost the company’s net interest income by around 12% over the next 12 months.

It had 34.0 million active brokerage accounts, 2.3 million corporate retirement plan participants, 1.7 million banking accounts, and $7.13 trillion in total client assets as of the end of August.

Despite a challenging backdrop, Schwab shares have held up better than the overall market, falling 12.8% year-to-date compared to the ’s 19.1% decline over the same timeframe.

Shares of the Westlake, Texas-based discount broker have run hot in recent weeks, gaining almost 24% since reaching a mid-June 52-week low of $59.35.

At current valuations, Schwab is the fifth-largest U.S. banking institution, ahead of Wall Street powerhouses such as Goldman Sachs (NYSE:), and Citigroup (NYSE:).

Even with the recent upswing, most analysts remain generally bullish on Schwab’s stock, as per an Investing.com survey, which revealed that 12 out of 17 analysts covering the name rated it as a ‘buy’. 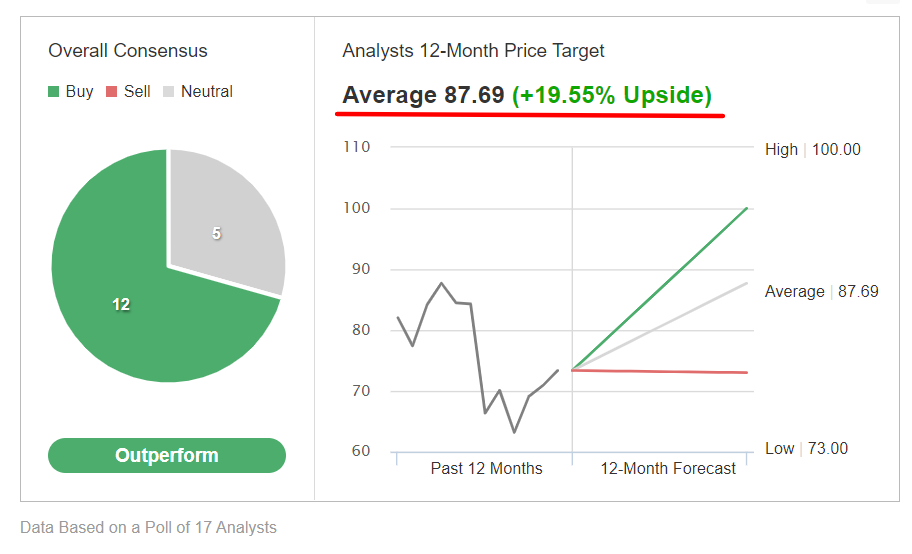 The average fair value for SCHW stock on InvestingPro+ stands at $93.12, a potential 26.9% upside from the current market value.

Schwab, which reported impressive second quarter , is scheduled to release Q3 results ahead of the opening bell on Monday, Oct. 17.

Consensus expectations call for EPS of $1.06 on revenue of $5.41 billion. If confirmed, that would mark a significant improvement from a year ago, when the firm earned $0.84 per share on sales of $4.57 billion.

Dell Technologies (NYSE:) is a major global provider of information technology solutions, best known for its wide variety of personal computer products. Given weak sentiment in the technology sector, the shares have endured some turbulence lately, hitting a series of fresh 52-week lows in recent sessions.

In my view, the sizable decline in Dell’s stock has created a compelling buying opportunity as its attractive valuation combined with its strong dividend and improving free cash flow have skewed the risk/reward to the upside. It offers an annualized yield of 3.49%, one of the highest in the sector.

In addition, Dell repurchased $608 million of stock in the quarter as management continues to aggressively buy back shares. According to the quantitative models in InvestingPro+, the stock could see an increase of a whopping 53.4% from current levels.

“We remain focused on delivering revenue and EPS growth with strong free cash flow to our shareholders over time.”

Dell ended the quarter with remaining performance obligations of $41 billion, up 2% year-over-year, deferred revenue of $28 billion, and cash and investments of $7.1 billion.

Disclosure: At the time of writing, Jesse has no position in any stock mentioned. The views discussed in this article are solely the opinion of the author and should not be taken as investment advice.