5 things NOT to buy on Black Friday 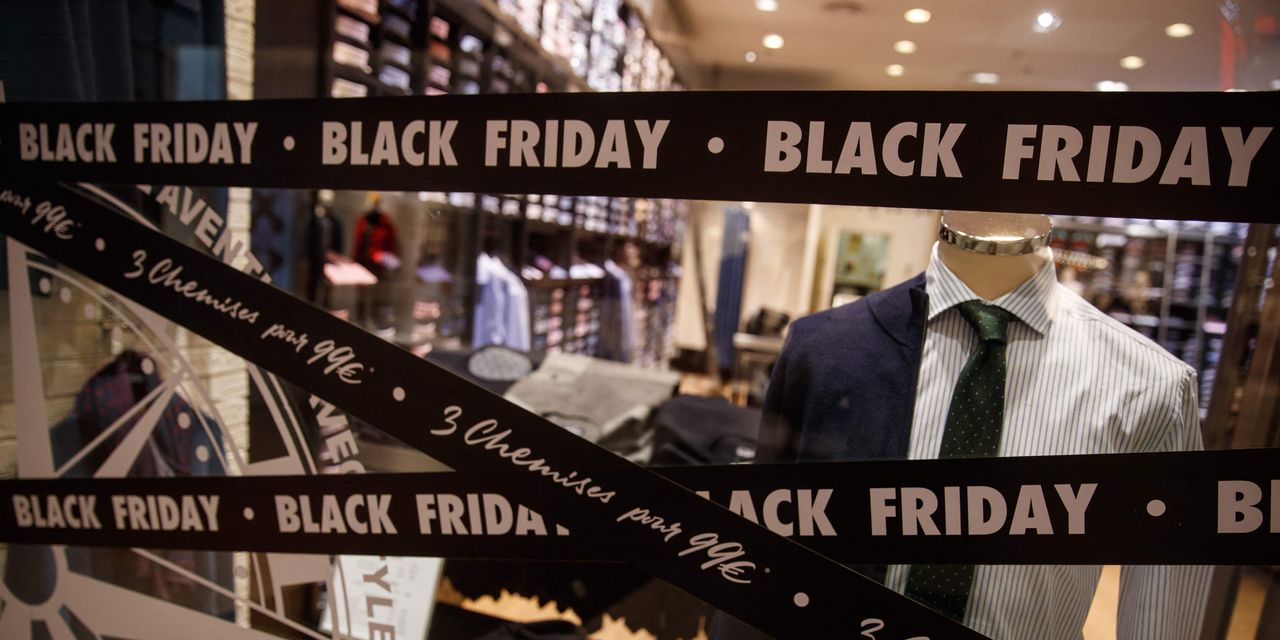 It’s a year for shopping prudently.

Americans will spend between $942.6 billion and $960.4 billion this holiday season, according to projections from the National Retail Federation. That’s up from last year when holiday sales hit a record $889.3 billion, the trade association said.

However, people are not willing to go as crazy this Black Friday compared to previous years: that 6% to 8% year-over-year growth expectation is slower than the 13.5% annual increase in holiday season spending in 2021 when consumers had pandemic-era government benefits to spend.

Once again, millions of people will also be shopping from the comfort of their home and avoiding the Black Friday crowds. Online and other non-store sales are predicted to rise 10% to 12% (to between $262.8 billion and $267.6 billion).

“The economy is probably doing better than it feels right now, but that’s not true for everyone of course,” said Ted Rossman, senior industry analyst at Bankrate.com. “There are plenty of storm clouds on the horizon.” He cited rising interest rates, 40-year high inflation and tech layoffs.

People have reason to be concerned about their spending. The personal saving rate — meaning personal saving as a percentage of disposable income, or the share of income left after paying taxes and spending money — fell to 3.3% in the third quarter from 3.4% in the prior quarter, the government said last month.

Despite a strong labor market and unemployment hovering at 3.7% in October, Rossman said, “it still seems like a recession is likely in 2023, although the best guess is that it will be a mild one.”

So what should you NOT buy this Black Friday? Quite a lot, if you don’t believe in living large. Here are 5 things to think about avoiding:

For tech accessories — like earbuds and headphones — waiting until December may be a better way to score better deals, added Ryan McGonagill, director, industry research at Savings.com, another site that aggregates discounts.

The most popular electronic products like Apple AAPL iPads, MacBooks and iPhones have scant Black Friday deals. “For a limited time, get an Apple Gift Card to use on a later purchase when you buy an eligible iPhone, Apple Watch, Mac, AirPods, and more,” according to Apple’s Black Friday offer.

Computer makers and retailers, however, are coming off the work-from-home boom and may have inventory they need to thin before year’s end. Holiday discounts on computers, at least through October, were at 10% off the base price, according to analysis from Adobe
ADBE,
.

The software and analytics provider said computer discounts could go much steeper, up to 32% off the base price before the end of the year. Cyber Monday could be the best day for bargains on computers, Adobe said, but computer deals may stick around for the rest of 2022.

Winter wear is usually not going to be on sale before Christmas, so it’s best to shop for your puffy jackets and snow boots in the New Year, if you can. The same goes for white linen, tools and holiday decorations, said Charles Lindsey, associate professor in the Marketing School of Management at the University at Buffalo.

Most stores put their coats, hats, scarves and flannel pajamas on sale — with discounts on big-name brands of 50% or more in January — to make room for their spring collections. Similarly, buy summer clothes in the fall and winter.

“The best time to buy holiday decor is immediately after said holidays,” according to DealNews, a site offering shopping advice. “After Christmas sales are generally your best bet for snagging deeply discounted ornaments, lights, and inflatables in order to be well prepared for next year.”

Fashion-conscious shoppers inclined to snap up discounted items may want to practice patience on Black Friday. Apparel may have even deeper discounts after the holidays. If you feel compelled to buy something new to wear to the office party, invest in quality pieces. Fast fashion has a cost: It has contributed to a waste crisis, in part because such items are not meant to last very long in your closet.

But that does not mean you should not keep your eyes peeled for some seasonal goods on Black Friday. Walmart
WMT,
,
for instance, is pushing out the boat early with some discounts on toys, including hoverboards, bicycles, remote-control cars, and karaoke machines. Similarly, Kohl’s
KSS,

has discounts on a range of doll’s houses.

There might be tempting Black Friday deals on appliances, mattresses and furniture. Discounts on appliances may reach up to an 18% from the base price, Adobe said. Still, “you’re going to get another shot at them during New Year’s Eve sales and again during Presidents Day sales in February,” McGrath said.

If Black Friday is “too chaotic …you’ll have plenty of opportunities to save,” she added. Department stores usually run very attractive discounts on houseware in the days following Christmas. “Stores know they’ll be getting a lot of traffic with so many people returning gifts — and hope to convince shoppers to make an impulse self-gifting purchase or two,” McGrath said.

If you can’t wait, Costco
COST,

is already rolling out deals on white goods and appliances, including $70 off a Sonos
SONO,

W-Fi speaker. However, Consumer Reports cautions consumers against falling for big deals without checking out the reliability of the brand first, as you could end up paying more in repairs down the road.

You might be tempted by offers and rebates on matching kitchen suites — typically a refrigerator, range, dishwasher, and microwave — from the same maker,” Consumer Reports said. “But price is only part of the equation when you’re purchasing appliances. Reliability is key, and it can vary within a brand’s offerings.”

One of the best times to buy exercise equipment is around the New Year, when people are making resolutions to improve their health, said Regina Conway, who researches sales and promotions for Slickdeals, a site that tracks retail discounts.

When you make your purchase, think twice before buying equipment that runs on proprietary technology, like Peloton
PTON,

However, this Black Friday is a little different than previous years, and there are some deals in categories that traditionally don’t have good Black Friday discounts, including exercise equipment. “This year we’re seeing strong Black Friday deals from industry stalwarts like NordicTrack,” Conway said.

Peloton Interactive, which is facing a challenging time since people are no longer stuck at home due to the pandemic, is currently offering $600 off this fitness bike package. However, consumers will still have to fork over $2,195 for the machine and exercise regime.

“We think consumers are likely to continue to prefer out-of-home experiences in the near-term and believe Peloton is still working through pandemic pull-forward,” Cowen & Co. analyst John Blackledge wrote in an analyst note on Tuesday, citing “limited visibility” on Peloton’s fiscal 2023 performance.

founder Jeff Bezos have a point about the dangers of splurging this year? In something of a Black Friday surprise, Bezos offered some shocking spending tips as Americans gear up for the holiday shopping season — amid four-decade-high inflation. Or, to be more accurate, he offered tips on what not to spend your money on.

‘If you’re an individual and you’re thinking about buying a large-screen TV, maybe slow that down, keep that cash, see what happens. Same thing with a refrigerator, a new car, whatever. Just take some risk off the table,” Bezos said in a recent interview on CNN
WBD,
.
The remarks drew a significant amount of scorn on social media, with some critics advising people to avoid shopping on Amazon too.

About those TVs: “They’re normally not going to be a high-end TV brand,” Lindsey said. “It will be a lower to mid-tier brand. Companies utilize these TVS as doorbusters to get people in the store and people clicking on their website. You’re probably better off shopping around the Superbowl in late January.”

Rossman said consumers are becoming more judicious about their Black Friday splurging. “People seem to be pulling back on some big-ticket purchases,” he told MarketWatch. “For example, sellers of appliances, electronics and furniture all posted disappointing results in the most recent retail sales report.”

“Yet discretionary sectors such as travel and dining are seeing sharp increases in spending,” he added. “I think the main explanation is pent-up demand. People are prioritizing experiences over things right now, largely due to the pandemic. There was also a pull-forward in demand for many physical goods the past couple of years as many out-of-home activities were curtailed.”

(Emma Ockerman and Leslie Albrecht contributed to this report.)