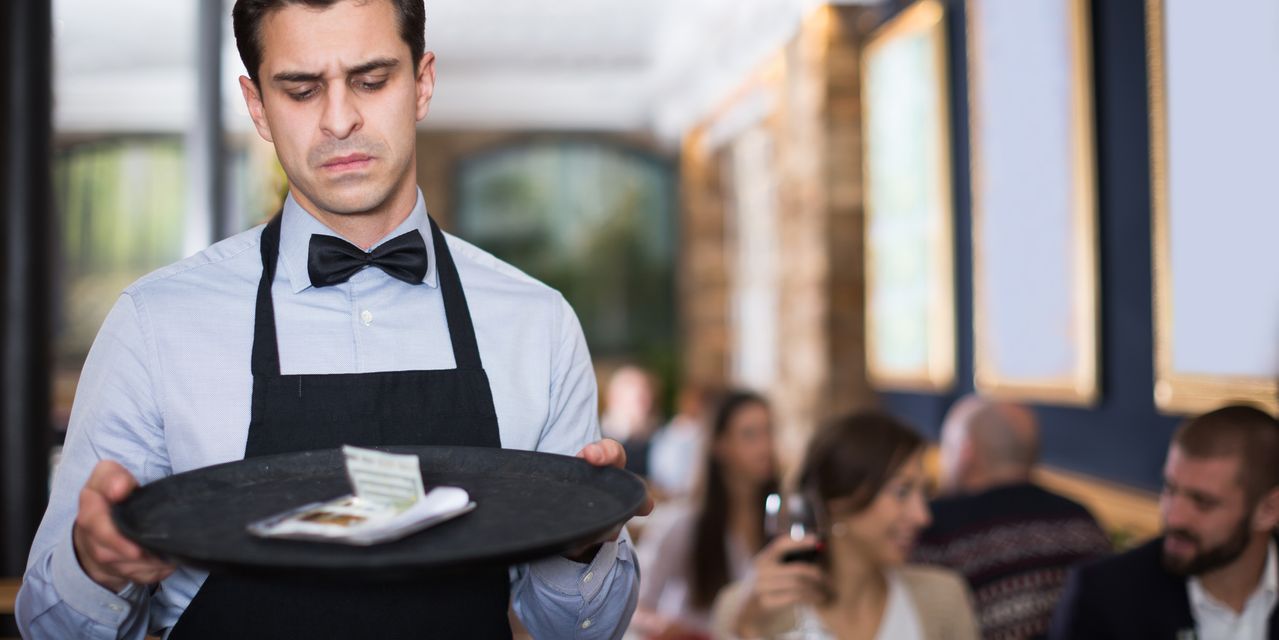 
Are Americans reaching a tipping point when it comes to, well, tipping?

That could be the big takeaway from recent surveys that signal a possible shift in attitudes about gratuities. One survey, from Popmenu, a restaurant tech company, found a decline in the percentage of consumers who say they tip 20% or more in restaurants — from 56% in 2021 to 43% this year.

Another survey, from PlayUSA, a website that covers online gambling, found that 60% of Americans said they would like to do away with tipping altogether.

What’s behind this sentiment? Inflation appears to be playing a role. The PlayUSA survey, based on responses from 1,006 people, noted that 17% of Americans said they were tipping less due to rising costs.

But other factors could be at work. Popmenu chief executive and co-founder Brendan Sweeney said the attitude reflected in his company’s survey, based on responses from 1,000 consumers and 165 restaurant owners, may signal a natural  “leveling off” following the height-of-the-pandemic period. During those challenging days, consumers were apt to tip more generously in recognition of the difficulties restaurant workers faced.

And now? “People are not feeling like they’re in savior mode all the time” anymore, Sweeney said.

“People have a lot of complex feelings about tipping,” said Allison Hadley, a spokeswoman for PlayUSA.

Arlene Spiegel, a New York-based restaurant-industry consultant, pointed to another reason some consumers may be tipping less generously. Namely, they may be finding the service lacking lately, especially in casual dining spots.

“Servers who show up for work, especially newbies, are not as well trained or motivated to go above and beyond to create a memorable guest experience,” Spiegel said.