After breaching 81 vs USD, rupee weakens as importers purchase greenback 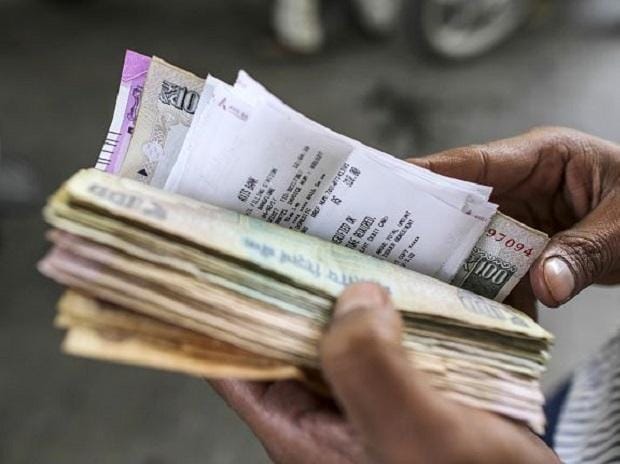 
After strengthening to an almost two-month intraday high and breaching the psychologically significant 81 per dollar mark, the rupee witnessed an erosion of gains and ended weaker versus the greenback on Monday, as importers rushed to buy the US currency at relatively lucrative levels.


The rupee, dealers said, also reversed gains because of likely dollar purchases by the Reserve Bank of India as it sought to replenish its foreign exchange reserves, currency traders said.


The domestic currency closed at 81.39 per dollar on Monday, against 81.13 per dollar on Friday. Intraday, it had strengthened to 80.88 per dollar, breaching the 81 per dollar mark for the first time since December 1, Bloomberg data showed.


The domestic currency gained sharply in early trade as the dollar index weakened sharply following a surge in the euro, which gained on expectations of sharp rate hikes in the Eurozone to battle inflation in the area.


The recent slew of US economic data showing a decline in inflation, slower retail sales, and slowing industrial production has strengthened the view that the Federal Reserve will reduce the pace of its rate hikes. Consequently, the dollar index has declined to a near seven-month low. 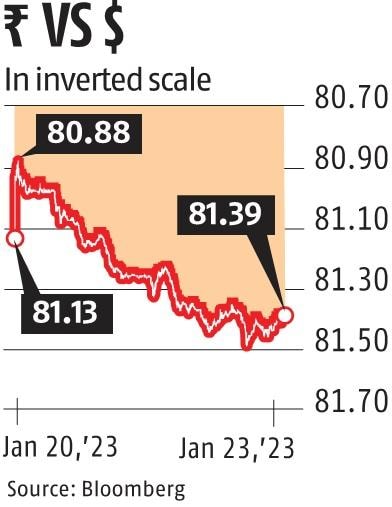 While the global weakening of the dollar bolstered the rupee in the first couple of hours of trade, its gains did not sustain as importers, especially oil companies, rushed to lock in dollar purchases towards the end of the month. Relatively low dollar-rupee forward premia — which represent the hedging cost for importers — added to dollar demand, dealers said.


Dealers also pointed to the RBI, which over the past couple of months has been rebuilding its foreign exchange reserves, which fell sharply from June to October of 2022. The RBI sold dollars from its reserves over that period to shield the rupee from excessive volatility amid aggressive rate hikes by the Fed.


“The rupee was sold off at the nearly 2-month high of 80.89 as the RBI stepped in to buy dollars; oil companies then took the rupee lower to 81.45. The dollar index was still at 101.74 and Brent oil was at $87.33 per barrel. Asian currencies were a tad weaker but not significantly,” said Anil Kumar Bhansali, head of treasury, Finrex Treasury Advisors.


The RBI’s foreign exchange reserves increased by $28.9 billion since September-end to $561.6 billion (as on January 6), covering more than nine months of imports projected for 2022-23, RBI staff wrote last week in the central bank’s January 2023 Bulletin. The latest data showed that the reserves were at $572 billion, a five-month high.