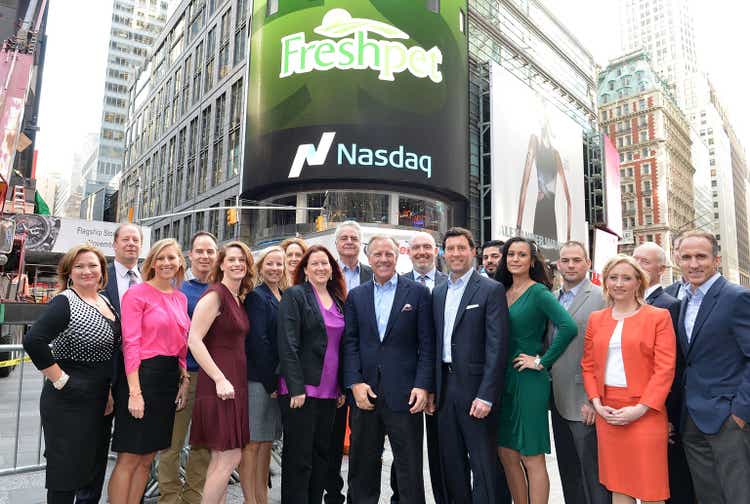 
Jana Partners’ activist stake in Freshpet (NASDAQ:FRPT) is a firm positive for the company, even if a sale does not come to fruition, according to multiple analysts assessing the move on Friday.

Shares of the pet food company popped 15.88% on Thursday afternoon, after the Wall Street Journal reported that Jana Partners took a nearly 10% stake in the company. The report indicated that the activist was likely to seek a sale of the company to a larger competitor.

Benchmark analyst John Lawrence told clients that, based upon the 2018 transaction of Blue Buffalo by General Mills that fetched a price shaking out to 6x TTM revenue and 25x TTM EBITDA, Freshpet (FRPT) could be worth $75 to $100 per share.

However, even aside from the prospect of a sale, Lawrence indicated he expects positive action for the company at the direction of Jana Partners. Namely, he foresees an increased focus on margin improvement.

William Blair analyst Jon Anderson was largely in agreement, but was more explicit in throwing cold water on a near-term sale.

“While we do not see a sale in the near term as likely, work on operational capabilities, margin improvement, capital allocation, and communications are value added, in our view,” he told clients on Friday. “Jana’s involvement is likely to amplify the messaging and narrative around the potential for Freshpet to better leverage its top-line growth for profitability over time.”

Cowen likewise indicated a sale is not anticipated in the immediate term.

“We see Jana’s involvement as helpful in the near term, to the extent it can shift the narrative and set a floor for the stock,” equity analyst Brian Holland said. “And if Jana can be additive in strengthening the C-suite and prioritizing a focus on profits and cash flow—which we believe is possible without ceding competitive advantage—all the better. We do not see M&A as a likely outcome within [the next twelve months].”

All three analysts assigned “Outperform” ratings to the stock.

Read more on recent executive turnover at the company.