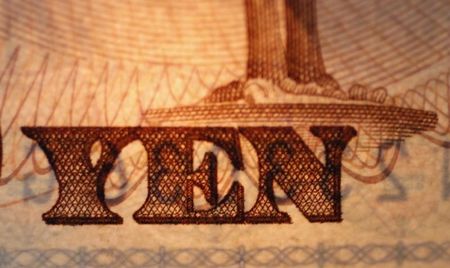 Investing.com– Most Asian currencies fell further on Friday and were headed for steep weekly losses as hawkish signals from the U.S. Federal Reserve boosted the dollar, while government intervention in currency markets supported the Japanese yen.

The rose 0.2% to 142.09 to the dollar, recovering from a 24-year low on reports that Japanese authorities had bought yen on in the open market to boost the weakened currency.

The intervention helped the yen recover from the double whammy of a hawkish Fed and as the BoJ maintained its ultra-loose monetary policy despite economic pressure from rising inflation and slowing growth. The currency was set to rise 0.6% this week after five straight weeks of losses.

Still, the outlook for the yen remains dim, given that the BoJ is now the only central bank in the world to maintain negative interest rates, putting it at odds with rising lending rates across the globe. This has severely pressured the yen this year, and also caused considerable weakness in the Japanese economy.

Broader Asian currencies were still reeling from a Fed rate hike earlier this week, where the central bank struck a more hawkish tone than expected.

The and futures were largely unchanged on Friday, but remained pinned near 20-year highs. They were set to rise 1.5% each this week.

slipped 0.2%, hitting a fresh two-year low of 7.0957 against the dollar, while the hovered around record lows of 81. Both currencies were set to lose about 1.8% each this week.

The yuan is also among the worst-hit Asian currencies this year, as the People’s Bank of China began trimming interest rates to support economic growth, going against the trend of rising global rates.

On the other hand, the rose 0.2%, recovering slightly from a record low after the hiked interest rates as expected. The country, like most others in Asia, is facing elevated inflation levels amid rising commodity prices.

Losses in the were also limited after the hiked rates by more than expected on Thursday.