Aviva rises after reassuring on costs of U.K. cold snap 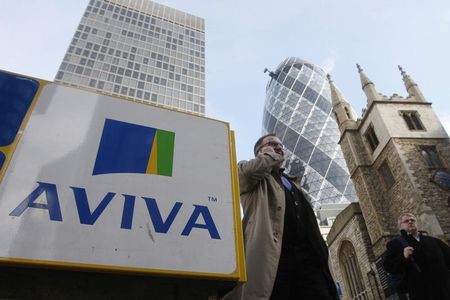 Investing.com — Aviva (LON:) stock rose in morning trading on Wednesday after the insurer reassured investors that the costs of the cold snap that hit the U.K. in December would be manageable.

The update means that Aviva, one of the U.K.’s largest insurers, emerged from the cold snap in considerably better shape than rival Direct Line (LON:), which suspended its dividend payments after having to take a £90M hit from a week of Arctic temperatures that caused a surge in burst water pipes and other accidents. Direct Line shares had fallen over 20% on that news and dragged down other U.K. insurance stocks with it.

Aviva said that its general insurance business “continued to trade positively over the closing months of 2022,” and indicated that it was still managing to pass on any higher operating costs to customers, saying, “We continue to price appropriately for the high inflation environment, in particular in U.K. Personal Lines, responding at pace to emerging data and trends.”

The group upheld its guidance for profits and payouts over the full year, saying it expects a combined operating ratio – which measures underwriting costs against premium income – of around 94.6%.