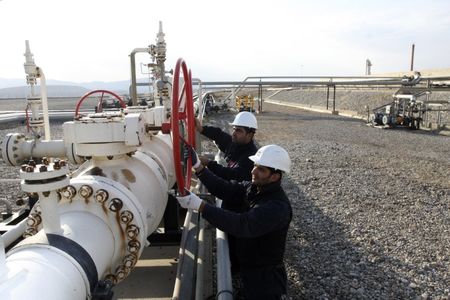 Russia is pressing ahead with the biggest mobilization of forces since World War Two, after President Vladimir Putin’s order on Wednesday, raising fears that the escalating of the conflict in Ukraine could further damage supply from this major supplier of crude.

“This is a clear escalation and raises concerns over what the implications could be for Russian energy flows,” said analysts at ING, in a note. “There is the potential that we see the West having to become more aggressive in terms of energy sanctions or the potential for Putin to weaponize energy even further.”

Bloomberg reported earlier Thursday that Russian oil output is set to fall to 490 million tons in 2023, citing a government document. This represents a fall of around 6% from the previous estimate of 520-525 million tons in 2022.

Also helping was the news that crude oil demand in China, the world’s largest oil importer, is rebounding, having been hit hard by strict COVID-19 restrictions.

“At least three state-owned refineries and one private, Zhejiang Petrochemical, are considering to increase utilization by up to 10% m/m in Oct amid stronger demand domestically and expected quota issue from the government,” analysts at UBS said, in a note.

However, despite these gains, the crude market is still on course for its first quarterly loss in more than two years on concerns over a global economic slowdown, exacerbated by tightening monetary policy as a number of central banks aggressively raise interest rates to combat inflation at historic highs.

The hiked by 75 basis points on Wednesday and indicated more tightening was likely in the months ahead. Other rate increases came from the , the , the in Norway, , and .

Additionally, U.S. crude rose by 1.1 million barrels in the week to Sept. 16 to 430.8 million barrels, suggesting weakness in demand at the world’s largest consumer, although these figures are likely impacted by the release of stocks from the Strategic Petroleum Reserve.