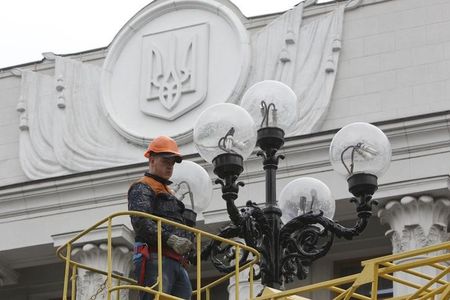 Training for the country’s military worth 45 million euros has also been agreed, EU foreign chief Josep Borrell was quoted by Xinhua news agency as saying.

“This is the seventh package of military aid for Ukraine,” Borrell told a press conference after the EU foreign ministers’ meeting.

This brings the total amount of military financial aid to Ukraine financed through the European Peace Facility to 3.6 billion euros. Meanwhile, total EU support for the country is now approaching 50 billion euros, making the EU the leading provider of aid to Ukraine.

The ministers also discussed the situation in Iran, reaching an agreement on a fourth package of sanctions on 37 Iranian officials, high-level figures and organisations. These include units of the powerful Revolutionary Guard Corps.

Among the persons subject to sanctions are representatives of the government and Iranian parliament, important political and media figures, and high-ranking members of the Iranian security forces.

However, Borrell said that Iran’s Revolutionary Guard Corps could not be listed as a terrorist group without a court decision. (1 euro = $1.09)