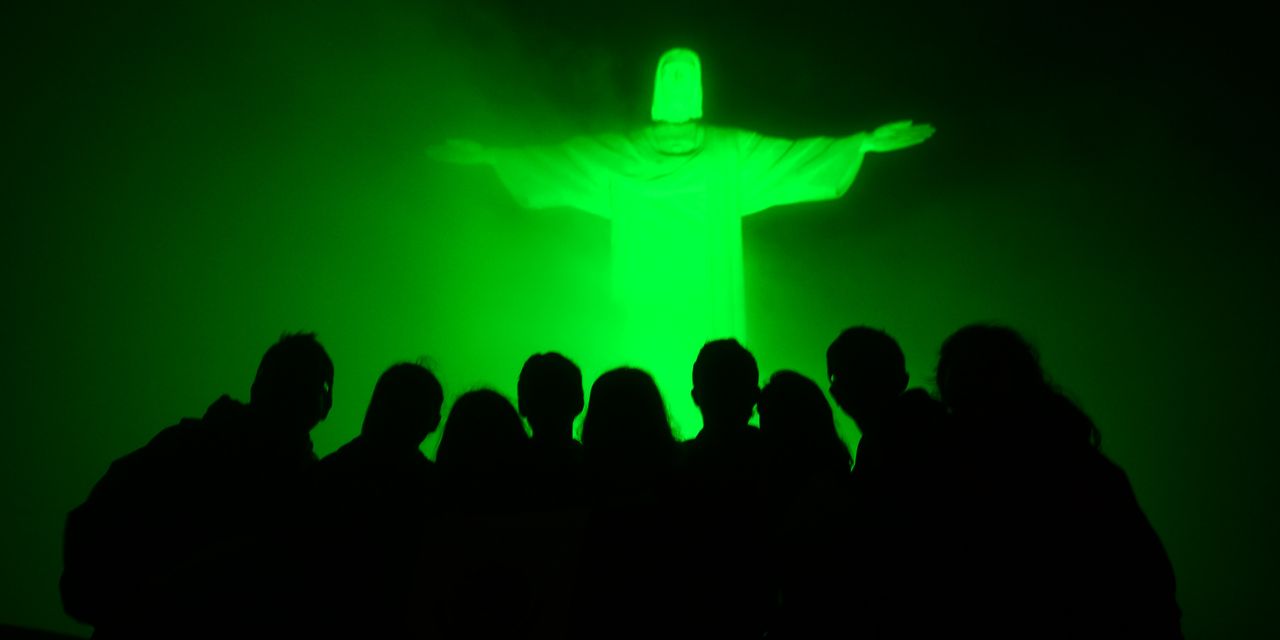 Most U.S. adults — including a solid majority of those identifying as Christians and large numbers of people who follow other major religious traditions — consider the Earth sacred and believe God gave humans a duty to care for its oceans, forests and breathable air, according to a new survey.

That view doesn’t necessarily translate to an active role in limiting climate change, however. And while politics can explain the bulk of the reason, there are other factors at work.

A Pew Research Center survey out Thursday finds that highly religious Americans (those who say they pray each day, regularly attend religious services and consider religion very important in their lives) are far less likely than other U.S. adults to express concern about warming temperatures around the globe.

That’s even as 2021 went into the books as one of the hottest years on record and featured scorched Western states and a deadly and expensive Hurricane Ida in populous Northeastern states, a storm whose huge water absorption can be pinned on warmer oceans.

And now, according to the National Centers for Environmental Information’s Global Annual Temperature Outlook, there is a greater than 99% chance that 2022 will rank among the 10 warmest years on record. The scientific community broadly argues that absent a slowing of global warming, lethal acidic oceans will erase a major food source, coastlines will further erode driving up insurance costs, and health concerns like respiratory issues will worsen.

The Pew survey reveals several reasons why religious Americans tend to be less concerned about climate change. First and foremost: politics: The main driver of U.S. public opinion about the climate is political party, not religion.

Highly religious Americans are more inclined than others to identify with or lean toward the Republican Party, and Republicans tend to be much less likely than Democrats to believe that human activity (such as burning fossil fuels
CL00,

to heat and cool homes, ship in-demand goods, or take to the country’s vast highway system) is warming the Earth. And, most of these respondents, even those tying humans to climate change, do not necessarily believe that climate change ranks as a serious problem, Pew said.

“ The main driver of U.S. public opinion about the climate is political party, not religion. ”

Other research has shown shifting conviction among Republican voters in understanding climate change and wanting conditional government intervention coupled with private-sector innovation to slow global warming. But a majority wants a go-slow approach that keeps, for instance, natural gas
NG00,

in an energy mix that also features no- or low-emission wind, solar, nuclear, hydrogen and other technologies
ICLN,
,
like allowing oil and gas producers to capture and store carbon. How Republicans feel about climate change also depends on their age, separate research shows.

Christians, and religiously affiliated Americans more broadly, are not united in their views about climate change. While majorities of all the large U.S. Christian subgroups say they think global climate change is at least a somewhat serious problem, there are substantial differences in the shares who consider it an extremely or very serious problem — ranging from 68% of adults who identify with the historically Black Protestant tradition to 34% of evangelical Protestants. And half or fewer people surveyed in all major Protestant traditions say the Earth is getting warmer mostly because of human activity, including 32% of evangelicals.

Read: More and more right-leaning Americans worry about climate change, but aren’t ready to give up gas stoves

Religious Americans who express little or no concern about climate change also give a variety of other explanations for their views, including that “there are much bigger problems in the world today,” that “God is in control of the climate,” and that they “do not believe the climate actually is changing.”

In addition, many religious Americans voice concerns about the potential consequences of environmental regulations, such as a loss of individual freedoms, fewer jobs or higher energy prices.

Meanwhile, people who are less religious tend to be more concerned about the consequences of global warming. For example, religiously unaffiliated adults — those who describe themselves as atheists, agnostics or “nothing in particular” — are much more likely to say climate change is an extremely or very serious problem (70%) than are religiously affiliated Americans as a whole (52%).

“ More Christians (44%) — and especially evangelical Protestants (56%) — say that in the next 30 years it is extremely or very likely that the U.S. will overreact to global climate change by creating many unnecessary environmental regulations. ”

All these opinions are strongly tied to political partisanship, which emerges as a crucial factor in explaining views toward the environment and climate change. Democrats and Democratic leaners (83%) are far more likely than Republicans and GOP leaners (25%) to say that global climate change is an extremely or very serious problem — a huge gap that underlies much of the apparent differences in views among religious groups.

Climate change does not seem to be a major area of focus in U.S. congregations. Among all U.S. adults who say they attend religious services at least once or twice a month, just 8% say they hear a great deal or quite a bit about climate change in sermons.

The potential impact of government regulations is another factor that may contribute to religious Americans’ views on climate change. Compared with religious “nones” (28%), more Christians (44%) — and especially evangelical Protestants (56%) — say that in the next 30 years it is extremely or very likely that the U.S. will overreact to global climate change by creating many unnecessary environmental regulations.

The survey finds a modest relationship between end-times beliefs and concerns about climate change. Those who believe humanity is living in the “end times” are less likely than those who do not believe this to say they think climate change is an extremely or very serious problem (51% vs. 62%).

All respondents who say that their holy scripture has lessons about the environment were asked to describe, in their own words, what they think those lessons are. Within this group, people are far more likely to mention stewardship or people’s need to protect and care for the environment (29%) than they are to say that their religious text mentions that humans have dominion over Earth or that God put man in charge of creation (3%).

As with views about the seriousness of climate change, opinions about whether the Earth is warming and the cause of it vary by party across religious groups. Roughly three-quarters of Democrats (77%) say the Earth is getting warmer mostly because of human activity such as burning fossil fuels, three times the share of Republicans who say this (24%). And within each of the major Christian traditions, as well as among Americans who do not identify with a religion, Republicans are consistently much less likely than Democrats in the same religious group to say the Earth’s warming is mostly caused by humans.

Share pro-growth, pro-investing climate change and ESG insight — even at the holidays

Panelists tackled the timely issue of sensitive holiday table talk and how people who care about climate change and social issues might engage constructively with relatives who appear not to. The thrust of the discussion centered on avoiding fights and particularly sensitive jabs, but not shying away from sharing personal convictions, especially when armed with science- and economics-based reasoning.

This sharing, the panelists said, helps explain to others why ESG, and active participation in the energy transition, can provide growth and income opportunities for investors, especially when other sound investing practices are employed, and can help foster more inclusive workplaces.

Lisa Woll, CEO of US SIF, said she often has to explain to friends, family and her professional connections that ESG isn’t an investing theme per se, rather a layer of screening or scrutiny applied to stock-picking already facing a more thorough checklist.

And, she said, the work of select conservative state officials and a stable of conservative judges at the federal level who have pushed for “anti-woke” investment of state pension money means she’s having these discussions more than ever.

Leslie Samuelrich, CEO of Green Century Funds, said she patiently explains that her “rationale for including ESG data is when I’m thinking about [whether a] company is really poised for long-term investment. How are they going to be performing in the economy 20 years from now? 25 years from now, when I want my assets to be there for me, you know?”

They were joined by Morningstar’s Sarah Newcomb, director of financial psychology, who said intentional listening can be the most generous offering at any table.

“Really get curious, ask them questions, start listening,” she said of conversations that don’t go the way that those open minded to the climate-change fight and sustainable business practices expected. “Don’t worry about trying to correct, think about how to connect. ESG investors… are typically also in favor of diversity and inclusiveness. And I think it can really be a good exercise in being inclusive in your heart when there is diversity of thought.”

Avoid politics at Thanksgiving dinner, and discuss these timely financial questions instead