Fresh evidence of destruction of religious heritage sites, mistreatment of Tibetans by China 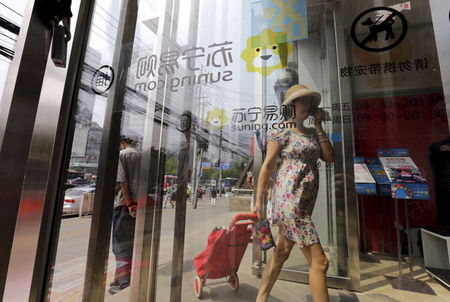 Washington, Jan 25 (IANS) A new report by a rights group details fresh evidence of destruction of religious heritage sites and the mistreatment of Tibetans by China in eastern Tibet since October 2021 in what locals say is a second Cultural Revolution, RFA reported.

Among the religious sites and objects destroyed in Drago county were three colossal Buddha statues, a Buddhist school, a building housing with 45 giant prayer wheels, the home of a revered spiritual leader and Drago Monastery’s prayer flags, which were removed and burned, the report by London-based Free Tibet says.

The report details previously unreported detentions and torture of locals as well as the destruction of Tibetan heritage sites in Drago. The county is called Luhuo in Chinese and lies in the Kardze Tibetan Autonomous Prefecture in Sichuan Province.

The report by Free Tibet and its affiliated research arm Tibet Watch shows that Chinese authorities have ramped up measures to repress Tibetans by razing significant religious structures while committing serious human rights violations in Drago county in the historical Tibetan province of Kham, RFA reported.

“What we’re seeing in the report is a huge assault on every facet of Tibetan life, from their religion to their day-to-day lives, and we know that this has been replicated all across occupied Tibet,” said John Jones, campaigns and advocacy manager at Free Tibet, RFA reported.

Since 2008, Drago county residents have participated in acts of resistance against the Chinese government, prompting interventions by authorities, including significant crackdowns in 2009 and 2012. Beijing views any sign of Tibetan disobedience as an act of separatism, threatening China’s national security.

Authorities subjected 10 local Tibetans detained during the period covered in the report to interrogations and beatings for minor infractions, such as expressing distress over the demolitions, with some falling unconscious due to the severity of the torture, the report says. They drenched one female detainee with cold water during the winter.

The report also documents a new extrajudicial facility used for political “re-education”, and information about a military base and prison. Detainees arrested since late October 2021 were taken to the “re-education” center in the northeastern suburbs and subjected to interrogations and beatings, says the report, RFA reported.

Satellite imagery shows the presence of an abandoned building that has been repurposed as a military base on the northwestern outskirts of Drago, so that the country is now surrounded by three security facilities, the report says.

“As with other areas in Tibet, the main reason for increasing Chinese repression in Kham (County) Drago is first to eradicate Tibetan identity and Tibetan culture,” the report quotes a county monk now living in exile as saying in January 2021, RFA reported.

“Secondly, to eliminate those influential Tibetans who are conscious of freedom and rights of Tibetan people and thirdly, to abolish Tibetan language and education centres,” he says.