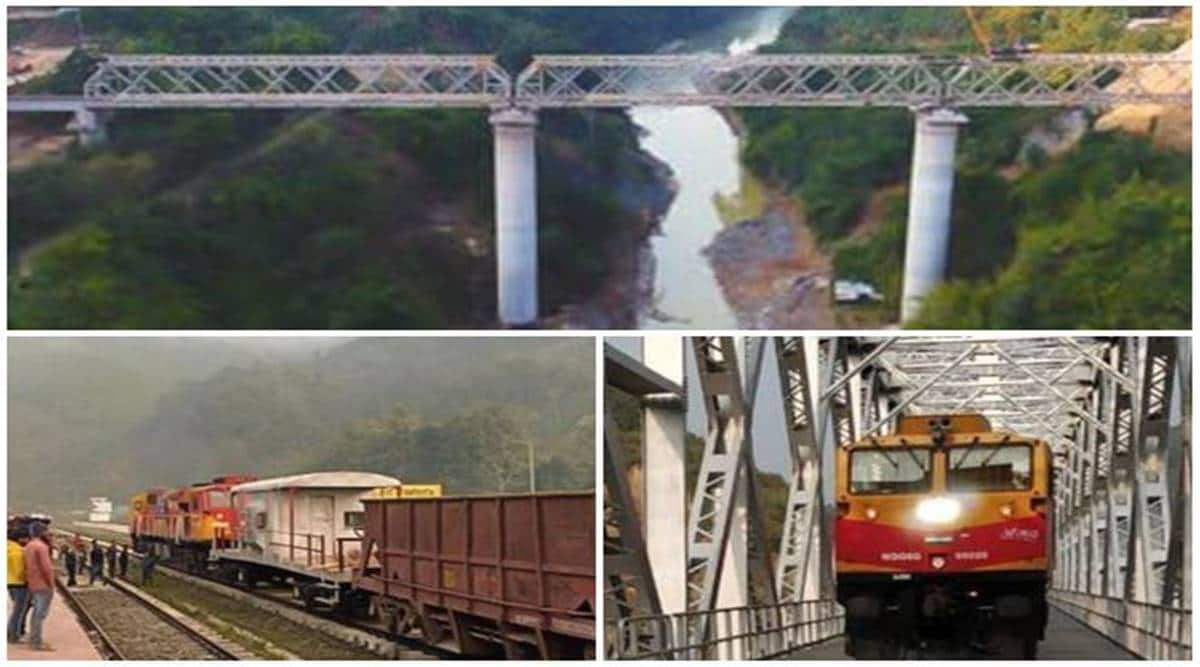 The Modi government is effectively working towards bridging the Indian Railways’ connectivity gap in the northeastern region, the Ministry of Development of North-East Region said. Over the last few years, several initiatives have been taken by the Railway Ministry to give a boost to rail connectivity in the northeastern region. According to the Ministry of Development of North-East Region, an amount of Rs 39,000 crore has been spent by the government for improving the connectivity of Indian Railways in the Northeast between the period 2014 and 2021. Following are some key measures taken by the national transporter to improve the rail connectivity in the region:

The national transporter is developing the world’s tallest rail bridge pier at Noney Valley in the northeastern state of Manipur with 141 metres height, as a part of the ambitious 111 Km long Jiribam-Imphal rail line. The rail line aims to connect the Manipur capital with the country’s broad gauge network, and with this the journey time of 10 to 12 hours will be reduced to only 2.5 hours. The bridge at Noney Valley, which is being constructed at a pier height of 141 metres, will surpass the existing record of the Mala-Rijeka viaduct which is of 139 meters, situated in Montenegro, Europe.

Also, the first Janshatabdi Express train connecting the northeastern states of Manipur and Tripura via the state of Assam was flagged off by Railway Minister Ashwini Vaishnaw earlier this year. With the introduction of special trains Jan Shatabdi connecting Agartala – Jiribam – Agartala, the long standing demand of the people of Tripura, Manipur and South Assam was fulfilled.