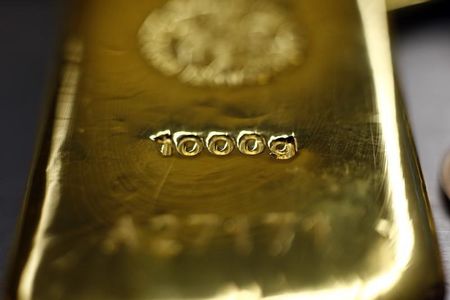 Investing.com– Gold and copper kept to a tight range on Wednesday as anticipation of a large interest rate hike by the Federal Reserve boosted the dollar and weighed on metal markets.

The Fed is expected to raise interest rates by

when it concludes a later on Wednesday, with traders also pricing in the possibility of a 100 bps raise after hotter-than-expected U.S. inflation data last week.

The hike, which will be the Fed’s fifth raise this year, is broadly expected to draw capital away from metal markets and into the dollar- a trend that has dragged bullion prices well below peaks hit during the onset of the Russia-Ukraine conflict.

This has also seen gold lose its safe haven sheen, with the yellow metal falling in tandem with conventional risk-driven markets this year. Stock markets also weakened on Tuesday in anticipation of the Fed.

Gold slipped below the key $1,700 mark earlier this week, and is expected to see few cues for a recovery. Markets will be watching for any commentary on inflation and interest rate expectations from the Fed.

Among industrial metals, rose 0.1% to $3.50 a pound, retaining most of their losses in the past four sessions.

But the red metal has performed slightly better than gold in the past month, on expectations of tightening supply due to a strike in Chile’s Escondida, the largest copper mine in the world.

Still, copper markets have to contend with slowing industrial activity across the globe, which has weighed heavily on demand this year.