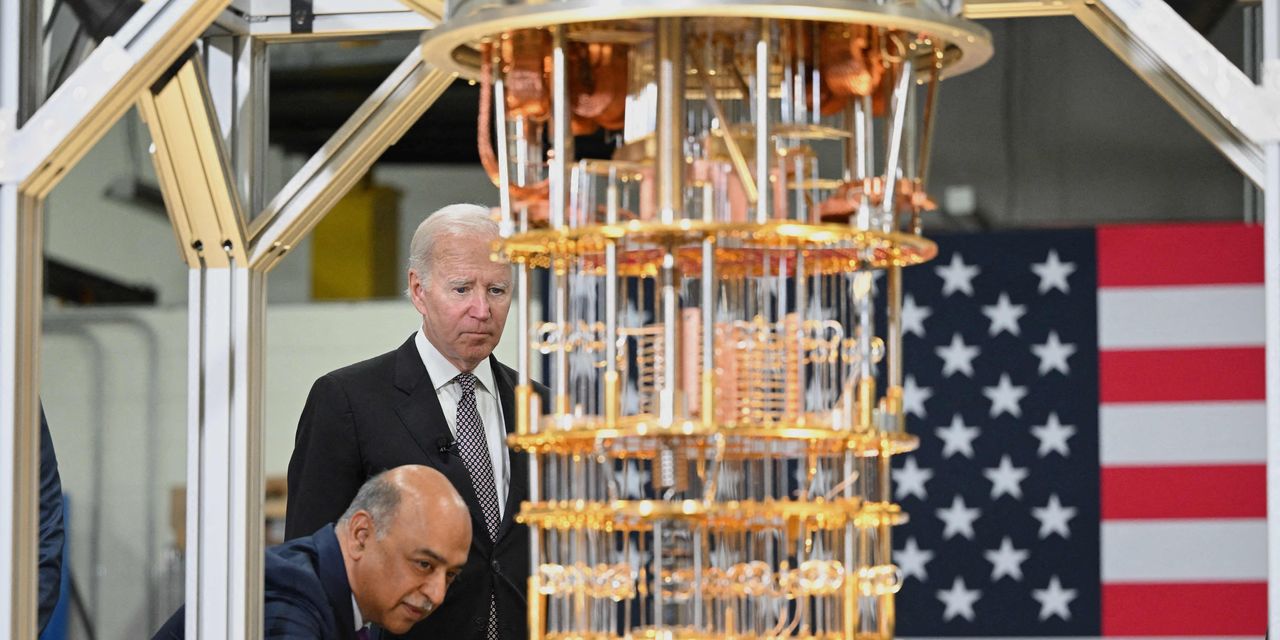 
International Business Machines Corp. increased revenue more than 6% in 2022, the biggest sales increase for Big Blue in more than a decade, but its stock fell in extended trading Wednesday.

earnings call that the company saw “revenue growth across segments and geographies,” and attributed that to the strength of the company’s hybrid cloud and artificial-intelligence strategy.

The company also is laying off 1% to 1.5% of its workforce, a spokesman confirmed Wednesday. That amounts to about 3,900 employees, Kavanaugh said in an interview with Bloomberg, which was the first to report the job cuts. The layoffs were not mentioned on the company’s earnings call, but the company spokesman said the cuts are mostly related to a spinoff and the sale of its Watson Health unit, which will result in a $300 million charge in the first quarter.

Analysts on average expected adjusted earnings of $3.59 a share on revenue of $16.15 billion, according to FactSet. Shares fell about 2% in after-hours trading after the release of the results, after closing with a 0.5% decline at $140.76.

For the full year, IBM posted adjusted earnings of $7.93 a share on sales of $60.53 billion, an increase from revenue of $57.35 billion a year ago, the largest percentage increase in annual sales since 2011. Revenue growth has been hard to come by for IBM — sales have increased year-over-year only once since increasing 7.1% in 2011, a 0.6% gain in 2018, according to FactSet records.

IBM was able to grow revenue largely because it posted its smallest sales total since 1987 last year, after it spun out its managed-infrastructure services business known as Kyndryl Holdings Inc.
KD,

in late 2021. After topping $60 billion in 2022 sales, IBM executives on Wednesday projected revenue growth in the mid-single digits in 2023. “It’s prudent to expect the low end of the mid-single-digit model,” Kavanaugh said on the call, during which he noted that some of the company’s challenges include a strong dollar and its departure from its Russia business because of the war in Ukraine.

“All three segments of IBM’s business face incremental headwinds in 2023,” Stifel analysts wrote in a preview of IBM’s earnings this week, explaining that the Red Hat software and consulting businesses will likely struggle for growth due to the current slowdown in business spending, while the infrastructure business is about to lap a mainframe refresh that led to healthier growth last year. Still, the analysts maintained a “buy” rating on the stock and increased their target price to $158 from $140. Jefferies analysts wrote in a note Wednesday after IBM’s results were released that “Q4 was solid enough on low expectations,” and that they “like the software strength.”