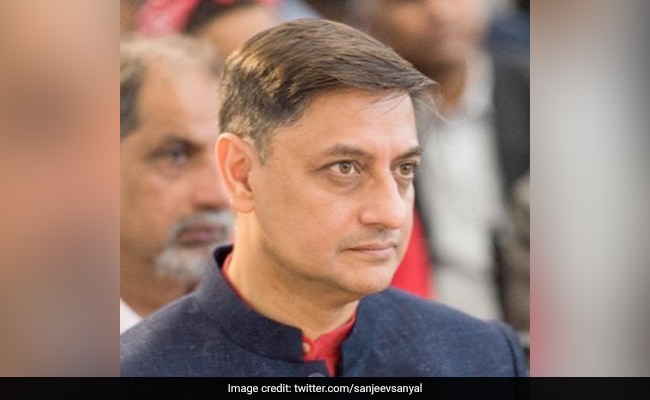 There is an opportunity for us to insert in the global supply chain, Sanjiv Sanyal said.

India is capable of generating a 9 per cent growth rate but in view of the geopolitical situation, we should be satisfied with a 6.5-7 per cent economic expansion, says Sanjiv Sanyal, member of the Economic Advisory Council to the Prime Minister.

India is following an “investment and export-driven growth model” and against the backdrop of  “turbulent” global times, the RBI and the government have followed a restrained macro-economic approach, which is a correct step.

The global economy is facing supply chain disruptions following the outbreak of the Russia-Ukraine war in February.

A Finance Ministry report has said that India is well placed to grow at a “moderately brisk rate” in the coming years on the back of macroeconomic stability, despite global monetary tightening.

Sanjiv Sanyal said, “This is not the time to try and overextend ourselves. Any growth rate between 6.5-7 per cent growth rate is not to be sniffed at. Even in the best of times. So let us be satisfied for now. But the time has come when we will be able to press the accelerator and I’m assuring you that the Indian supply side is ready for the big time”.

He said India is getting inserted into the global supply chain.

“With the problems happening in the Foxconn factory in China, the only other place where Apple has a sizeable capacity is in India. There is an opportunity for us to insert in the global supply chain and we are already doing this,” Sanjiv Sanyal added.

Our Focus Is To Keep ‘Arjuna’s Eye’ On Inflation: RBI Governor