Involvement of private sector important for elimination of Malaria: Experts 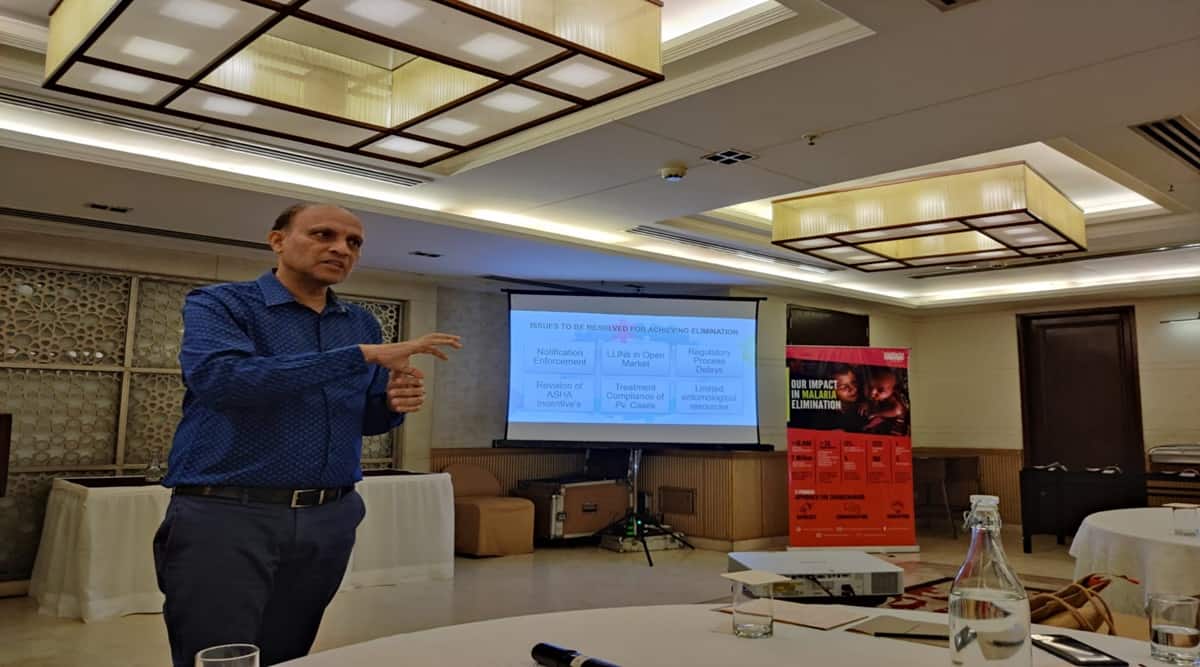 Malaria No More, a nonprofit organization working towards the eradication of Malaria said on Wednesday that as India has recorded an 86 percent decline in malaria cases and 79 percent decline in deaths between 2017 and 2021, working on eliminating the vector-borne disease is now crucial. In 2015, Prime Minister Narendra Modi announced that India has pledged to end malaria in India by 2030.

Experts at Malaria No More emphasised that ending malaria and other mosquito-borne diseases in India requires engaging individuals, communities, the private sector, and policy makers to take ownership and join the fight.

“The elimination of Malaria demands a concerted and a much more aggressive strategy towards addressing key gaps and challenges such as including the private sector in reporting malaria, digging out asymptomatic/hidden malaria cases, the need for real-time reporting, use of technology and innovations, and the need to make it a community movement and so on,” Pratik Kumar, Country Director of Malaria No More India told Financial Express.com.

While addressing a media sensitization workshop on Wednesday, Kumar emphasised that Malaria in India is perceived as a poor man’s disease, thus receiving low priority in the public health agenda.

“A pertinent need is increased action and attention from the government. However, this ambitious goal cannot be achieved solely by the government and requires active participation and support from all sections of society. All hands must join in the effort to eliminate malaria so that India can achieve the goal of eliminating malaria from the country by 2030,” he added.

The media sensitization workshop was organised by Malaria No More India to highlight the critical role the media can play to inspire urgent and proactive action required to achieve India’s goal of eliminating malaria by 2030. This was done in recognition of Anti-Malaria month, which is observed in India annually every June. Moreover, the workshop underscored key challenges that require immediate media attention to ensure the upliftment of malaria in India’s public health agenda.

“The fight against malaria has recorded immense progress in the recent years, however as seen in the past, malaria has a history of bouncing back with a vengeance. Through active media attention, key gaps and issues can be regularly highlighted, ensuring they are addressed in strategic and policy decisions. This will help India expedite our efforts towards malaria elimination.”, said Dr. Kirti Mishra, Chief Technical Officer, Odisha, Malaria No More India while shedding light on some key challenges in India’s fight against malaria.

According to the experts, the final National Strategic Plan for Malaria Elimination (2022-2027) will be critical to achieve zero indigenous transmission of Malaria in India by 2027 and sustaining zero transmission for three years until 2030, a requirement essential for receiving the Certification of Malaria Elimination from the World Health Organization (WHO). This demands urgent action and active participation from all stakeholders.

“We stand at a crossroad where collective action can help our country achieve a historic and inspiring feat – eliminating malaria from the nation – and pave way for a malaria free future for generations to come,” they added.