Is US Economy in Recession Already? Here Are 8 Offbeat Indicators To Watch 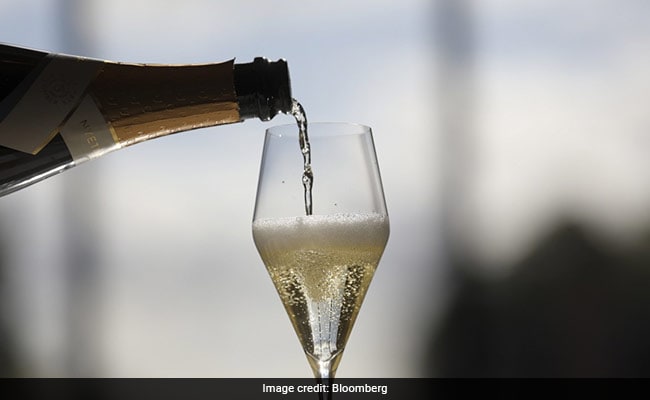 Is the US economy in recession already? Here are 8 offbeat indicators to watch

After two quarters of contracting gross domestic product in the US, a debate has raged across Wall Street and Washington about when the country will be in a recession — and whether we’re already in one.

Technically, the call is made by a panel of experts looking at monthly indicators of employment, consumer spending, personal income and manufacturing, among others. But with inflation at a four-decade high, many Americans already feel like the country is in a recession.

Throughout history, pundits have looked to a range of unusual measures to read as signposts. Here are a few.

Former Federal Reserve Chair Alan Greenspan was a fan of tracking men’s spending habits on underwear based on the thesis that they will put off buying boxers and briefs as times get tough.

This proved to be true during the financial crisis of 2008 and again during the pandemic quarantine of 2020, according to Euromonitor data.

Purchases of apparel across the board fell as unemployment rose and spending declined, Morningstar analyst David Swartz said. “If you were to use it as a barometer, the most important retail sales to watch are Fruit of the Loom and Hanes at Walmart and Target, where most of America buys its underwear.”

Hanesbrands Inc. might provide a clue when it reports second-quarter earnings on August 11. Walmart Inc., which reports on Aug. 16, recently cut its profit forecast, in part because of deeper discounts needed to reduce a buildup of slow-selling merchandise such as apparel.

Bubbly, which is often used to celebrate good times, has been seen as a harbinger of things to come since the mid-1980s, when shipments soared during Wall Street’s boom. Consumption hit 15.8 million bottles in 1987, then crashed during the recession that followed, declining to 10 million bottles by 1992, according to data from the Champagne Bureau.

This pattern repeated during the Great Recession: Consumption soared to 23.2 million bottles in 2006, then plunged to 12.6 million by 2009. Although 2022 data is not yet available from the Champagne trade association, NielsenIQ data shows US sales of sparkling wine down every month from the previous year, falling in a range of 7% to 8% in May and June.

In the early 2000s, Estee Lauder Chairman Leonard Lauder coined the term “Lipstick Index” when he remarked that women were indulging in little luxuries like lipstick to make themselves feel better during the downturn.

Data analytics firm NPD seems to back this up: Of the 14 discretionary retail spending industries that it tracks, beauty is the only one showing growth in unit sales this year. NPD in a recent report pointed to the industry’s strong, double-digit growth.

Skirt lengths have been closely watched since the Great Depression, when it was first observed that hemlines go up during bull runs and down during busts. Flappers’ short skirts of the Roaring Twenties were replaced with long dresses during the Great Depression and mid-length outfits during World War II.

More recently, mini-skirts were popular during the period of prosperity preceding the pandemic. But with Covid fatigue, the ongoing war in Ukraine, and economic uncertainty, midi and maxi dresses are now all the rage.

Then there’s the diaper rash theory: Some believe parents try to save money by changing diapers less often during downturns, which causes an uptick in sales of ointments and creams to treat irritation. IRI data shows sales volume in 2022 for these products are substantially higher than prior years, while unit sales of diapers are down versus before the pandemic. However, IRI’s president of client engagement, Krishnakumar Davey, said that could be due to a range of other factors and may not be related to the economy.

Cardboard-box shipments are often used as a measure of manufacturing activity since many goods are transported in them. In the second quarter, demand was lower than expected and likely to remain flat as Americans shift their spending habits, International Paper Co. Chief Financial Officer Tim Nicholls said in an earnings call last week.

“I think it’s a reaction to inflation,” he said. “Inflation is real and people are making choices.” US demand for shipping pallets has also cooled.

In the early 1990s, the Economist invented the “R-Word Index” to count the number of stories in newspapers that mention “recession” and used it to call the start of US recessions in 1990, 2001 and 2007.

Google Trends is seen as a similar measure. Searches for “recession” spiked during periods defined as recessions by the National Bureau of Economic Research — and have been on the rise since June.

Apart from federal labor reports, Bloomberg has been tracking tech companies commenting on hiring slowdowns — a number that has been steadily increasing in recent months. Last week, Amazon said it had cut 100,000 jobs in the quarter and has been adding jobs at the slowest rate since 2019.

–With assistance from Jen Skerritt and Lara Williams.