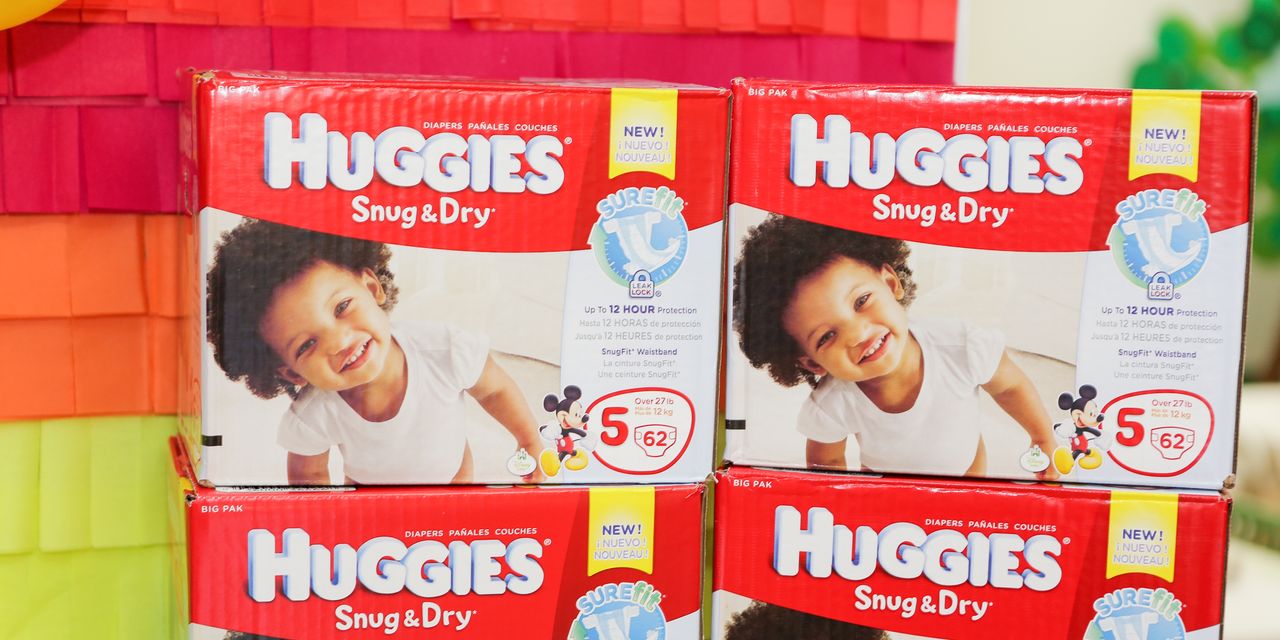 
Kimberly-Clark Inc. stock fell 3% Wednesday after the consumer goods company disappointed investors with its guidance for 2023, and not even the promise of “mind-blowing” news in the “poop” category in the second half could stem the losses.

Chief Executive Michael Hsu referenced the exciting news in the category on the company’s earnings call with analysts. Kimberly-Clark
KMB,

is the owner of brands including Huggies, Pull-Ups, GoodNites, DryNites, Little Swimmers, and of adult products Depend, Poise, and Plenitud.

“We have great news that we want to make sure that we’re supporting appropriately. I think I cannot share exactly what that news is because it’s coming out in the second half. But it will blow your mind when you see it,” Hsu told analysts, according to a FactSet transcript.

He later explained that the “poop side of things” is “kind of the business we’re in. And so we’ll do miraculous things with poop.”

One key market for Kimberly-Clark is China, the biggest baby and child care market in the world, he said.

The company, which also makes Kleenex tissues and Cottonelle toilet paper, topped fourth-quarter profit expectations but came up shy on sales. Net income rose to $507 million, or $1.50 a share, from $357 million, or $1.06 a share, in the year-ago period. Excluding nonrecurring items, adjusted earnings per share of $1.54 was above the FactSet consensus of $1.51.

For 2023, the company expects sales to be flat to up 2%, while the FactSet sales consensus of $20.381 billion implies 1.0% growth. But the company is expecting EPS to grow 2% to 6%, which is well below the FactSet consensus for roughly 15% growth.

“At the midpoint, this implies that consensus earnings will need to come
down more than 10 percentage points,” said Bernstein analyst Callum Elliottt in a note to clients.

“Some investors with whom we’ve spoken over the past few
weeks had been expecting 20+% growth, so this is likely to come as a genuine negative surprise, we think,” said the analyst, who has an underperform rating on the stock.

The main driver of weakness are margins, he wrote, and the outlook does not look good, given the company is expecting input costs to rise by $200 million to $300 million in 2023.

The market “has got ahead of its skis on commodity cost roll-over,” wrote Elliott. “There also appears to be significant headwind from transactional FX pressures, with management guiding to double-digit FX pressure on operating profit, whilst top-line pressure is only about 2 percentage points.”

The earnings call was dominated by questions on margins and that currency hit and Hsu conceded that inflation has been an “unprecedented” challenge for the last two years.

The company estimates the inflation hit has been more than $3 billion, or a roughly 1,500 basis point headwind to gross margins.

“Recently, market prices of some inputs have begun to ease, although they remain elevated relative to pre-pandemic levels,” said Hsu. “While we’re encouraged by this, it will take time for these benefits to work through our contracts and flow through the P & L.”