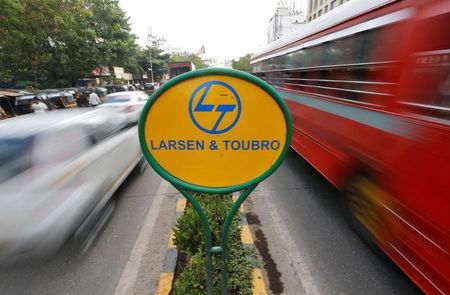 Investing.com — The construction engineering heavyweight Larsen & Toubro (NS:) has announced that its construction arm L&T Construction has secured a significant order from one of the world’s leading renewable energy companies Greenko Group.

Shares of the company gained above 1% at the time of writing.

The EPC behemoth L&T has informed the domestic exchanges in a press release that the Heavy Civil Infrastructure Business of L&T Construction has won an order worth Rs 1,000-2,500 crore from the prestigious Greenko group to develop an off-stream pumped storage project in Madhya Pradesh.

The multinational construction giant L&T added in the release that the Civil and Hydromechanical works of the project will be executed through a consortium that will be led by L&T itself. The project will follow a stringent timeline of 30 months and will become one of the largest clean energy projects of its kind in India, upon completion.

L&T has stated that securing this order win of the PSP reiterates its commitment to bolster India’s clean energy sector while taking a step forward in helping the country meet its goal of being Carbon Neutral.

Under the project guidelines, the industry heavyweight will have to construct an upper reservoir near Khemla block village, nearly 75 km from Neemuch, Madhya Pradesh, for which it will have to create an upper dam first.