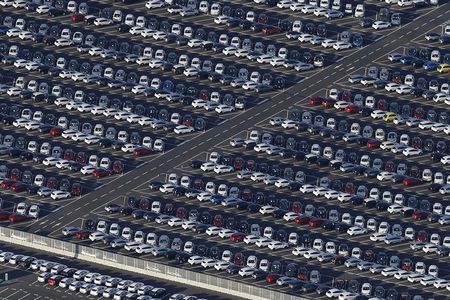 Buoyed by strong earnings for the October to December quarter, the shares of Maruti Suzuki (NS:) India closed 3.31% higher at ₹ 8696.00 apiece on the National Stock Exchange (NSE).

The company sold a total of 4,65,911 vehicles during the quarter, up 8.2% year on year (YoY). It said that pending customer orders stood at about 363,000 vehicles at the end of the December quarter out of which about 119,000 orders were for newly launched models.

BNP Paribas (EPA:) India has a buy call on Maruti Suzuki India with a target price of ₹ 11800. This translates to an upside of 35.96% as compared to its share price.

The brokerage said that it had expected the company’s EBITDA margin at 9.4%, on the back of lower commodity prices, cost control, rupee depreciation and price hikes, and a superior mix, partially offset by negative operating leverage.

Maruti Suzuki is a large-cap company with a market capitalization of ₹ 2,54,264 crores. It has a low return on equity of 7.20% and an ideal debt-to-equity ratio of 0.01. Its shares were trading at a price-to-earnings ratio (P/E) of 41.91, which is significantly lower than the industry P/E of 14.21, indicating that it might be overvalued as compared to its peers.