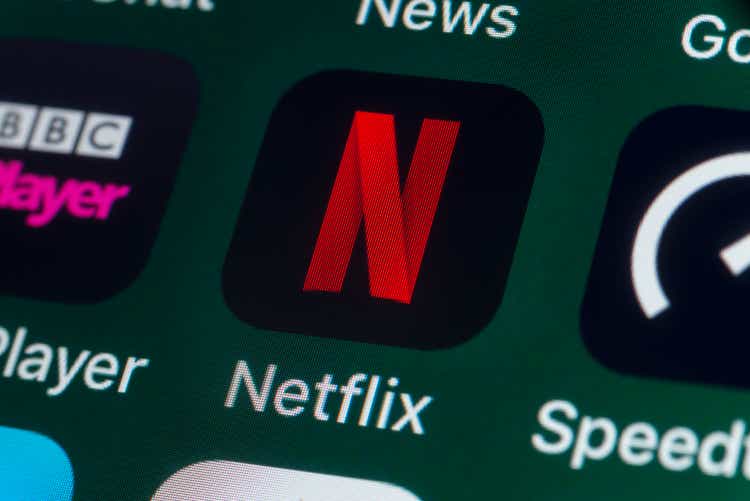 
Netflix (NASDAQ:NFLX) shares climbed more than 5% Monday as investors showed more enthusiasm for the streaming TV giant in the wake of its recent fourth-quarter results.

Last Thursday, Netflix (NFLX) impressed Wall Street when it said it added 7.6M new subscribers during the fourth quarter of 2022. That number blew past the 4.5M subscribers Netflix (NFLX) had forecast and the 4.1M that industry analysts had expected the company to report.

On Monday, Argus Research analyst Joseph Bonner said that Netflix (NFLX) may seen some negative reaction in the coming months as it implements steps to bring in revenue from customers that share their passwords. However, he raised his price target on the company’s stock to $390 a share from $340, and left his buy rating on Netflix (NFLX) intact.

“While the company is experiencing a difficult period amid intense competition and economic headwinds, it remains the ‘anchor tenant’ for consumers in video streaming,” Bonner said.

Also adding to Netflix’s (NFLX) gains were positive comments from J.P. Morgan analyst Doug Anmuth, who on Friday reiterated his buy rating on Netflix’s (NFLX) shares, and lifted his price target on the stock to $390 a share.

“Netflix’s content cadence has become both more normalized and more successful relative to the choppiness experienced during the pandemic,” Anmuth said.

Netflix (NFLX) also didn’t see any negative reaction to co-Chief Executive Reed Hastings saying that he will step down from the company’s day-to-day operations and become Netflix’s (NFLX) executive chairman.