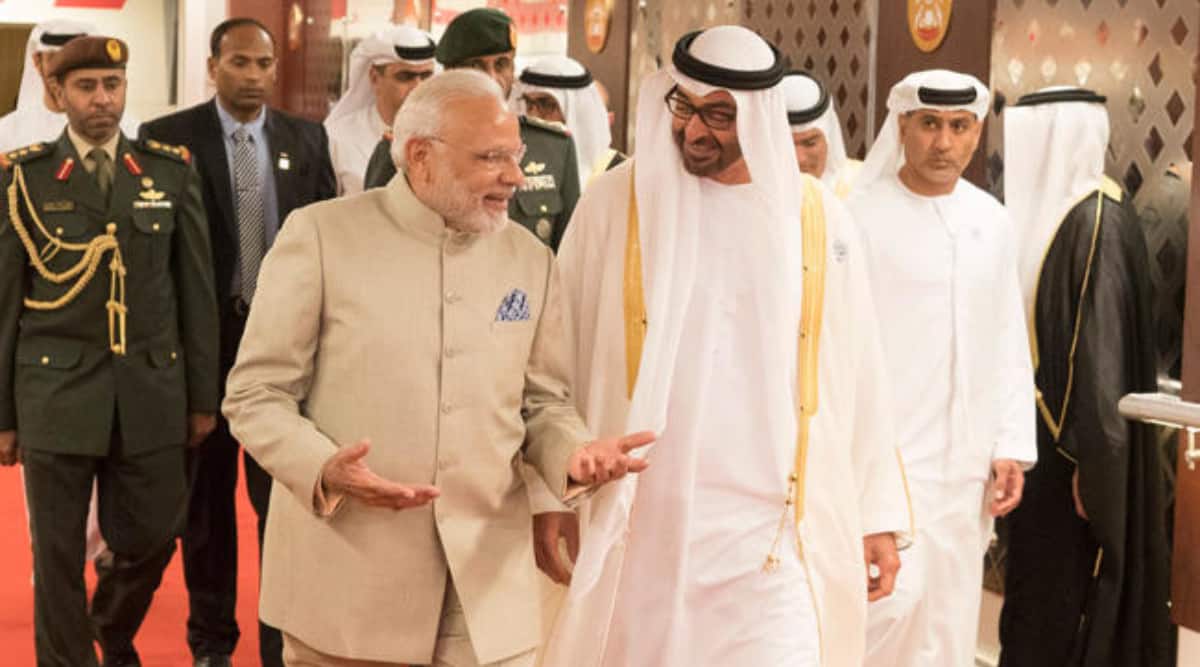 On June 28, Prime Minister Narendra Modi is travelling to the United Arab Emirates (UAE) to personally convey his condolences on the passing away of the former President of UAE Sheikh Khalifa bin Zayed Al Nahyan,  who was also the ruler of Abu Dhabi.

According to the Ministry of External Affairs, Prime Minister Modi will take this opportunity to congratulate Sheikh Mohamed bin Zayed Al Nahyan on his election as the new President of UAE and Ruler of Abu Dhabi.

When the former president of UAE had passed away, India had announced a day of mourning with the flag at half mast and Vice President Venkaiah Naidu was sent to represent India as world leaders had gathered to pay homage.

Significance of the visit

It comes ahead of theI2U2 Leaders Summit when the US President Joe Biden visits West Asia in July. The acronym I2U2 — India, Israel and UAE and the US, the American for West Asia QUAD which was formed last year.

It also comes close at the heels of the Free Trade Agreement or FTA pact which has been inked between the two countries. According to reports, after the US, UAE is the second-largest export destination of India touching over USD 30 billion for the year 2018-19.  And for UAE, India was the second-largest trading partner in 2018 with USD 36 billion (non-oil trade).

The expatriate community around 3.4 million is the largest ethnic community in UAE and roughly constitutes about 35 per cent of the country’s population.  Around 15 percent of the Indian Diaspora lives in the Emirate of Abu Dhabi and the rest are in six Northern Emirates including Dubai.

There have been several high level visits between the two countries and the last time PM visited UAE was in 2019 when he received the highest award of the country the ‘Order of Zayed’ conferred upon him by UAE leadership.

As reported in Financial Express Online earlier PM Modi was to visit UAE earlier this year for the Dubai Expo, however due to the rising number of COVID cases, the visit was pushed back.

In 2019, PM Modi had launched ‘RuPay Card’ in UAE and also released a set of stamps commemorating the 150th Birth Anniversary of Mahatma Gandhi. PM Modi has visited UAE in 2015 and 2018.

Military cooperation including military trade as well as joint production of different platforms,  maritime security cooperation, artificial intelligence, block chain, and health care are some of the areas where both countries are making efforts to deepen cooperation. Since the visit of the PM is short, according to sources,  from the recent FTA, the forthcoming I2U2 summit will also figure during talks between the two leaders.