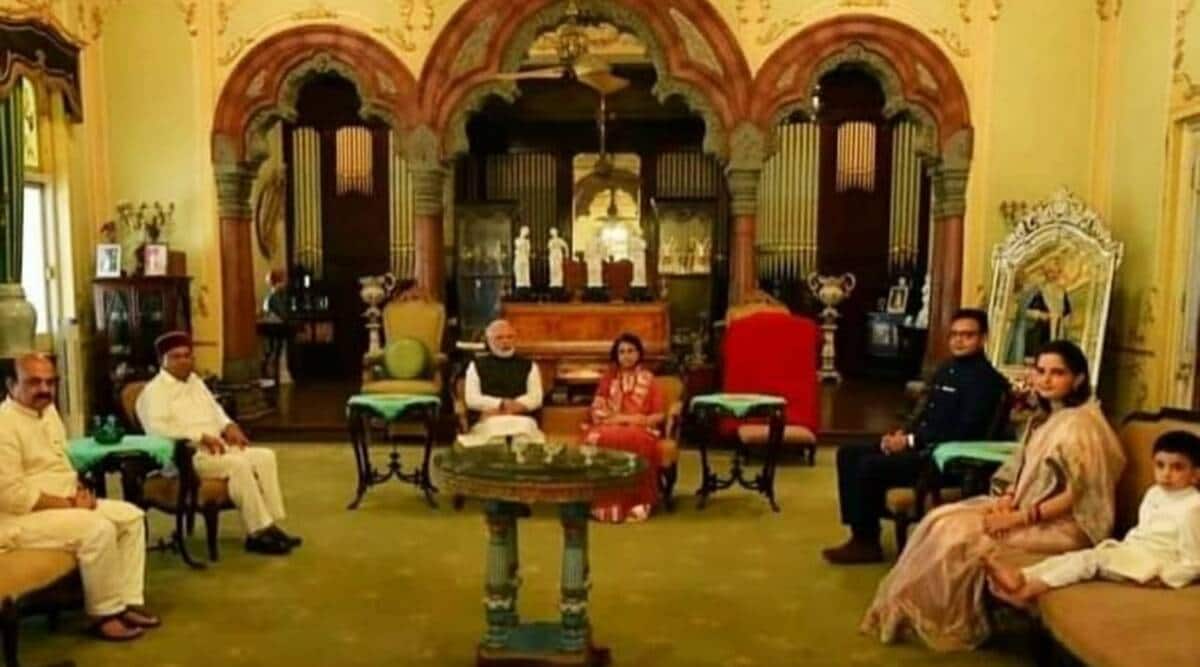 After concluding his two-day visit to Karnataka on the occasion of International Yoga Day, Prime Minister Narendra Modi met with the royal family of Mysuru for a breakfast at the Palace’s premises. Modi met with the Wadiyars, the erstwhile royals, that ruled the royal kingdom. International Day of Yoga celebrations at the palace attracted over 15,000 yoga enthusiasts from all around India.

According to sources, the prime minister was served various local delicacies, such as Mysore Pak, Mysore Masala Dosa, and Kashi Halwa. Chefs of Fern Hill Palace and the Regency Villa in Tamil Nadu’s Ooty prepared the royal spread. Other delicacies from the southern region of India that were included in the recipe were Idli, Avalakki Uppittu, Pongal, Maddur Vada, Sambar, Tomato Chutney, and Coconut Chutney, Nanjangud Rasabale (banana), among others.

An official source said that the prime minister’s preference for various dishes was also taken into account while preparing the breakfast.

Yaduveer Krishnadatta Chamaraja Wadiyar and “Rajmata” Pramoda Devi Wadiyar, earlier in the day had shared the stage with Modi at the Yoga Day event held at the premises of the ‘Amba Vilas Palace.’