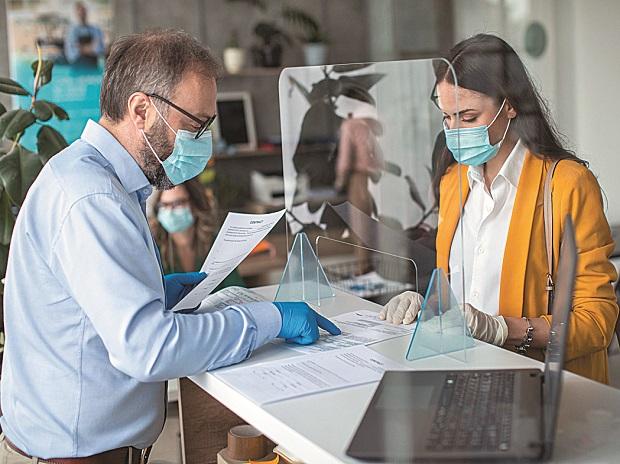 
Analysts believe 2021-22 was the best fiscal year for banking in the country. Both public sector and private banks witnessed profits rise and an improvement in net interest margins. Public sector banks saw higher growth than private sector banks, albeit on a lower base, and gross non-performing assets declined across all banks.


Like the Chinese saying “a crisis is an opportunity riding a dangerous wind”, banks made sure that even though credit growth remained muted during the pandemic, they could come out stronger.


A Business Standard analysis found that even though public sector banks’ profits grew faster than their private sector counterparts, they were still slow to adapt to market conditions. 
The rise in total interest income, despite income from their core business declining, was due to increased revenue earned from balances with the Reserve Bank of India (RBI) and other interbank funds. The income from parking funds with the RBI increased 7.2 per cent during this period, whereas earnings from investments went up 1.8 per cent.


But not all banks were able to take advantage of this window. Four of the 12 public sector banks witnessed a decline in interest from balances with the RBI and other interbank funds during this period.


The performance in the income from investments category was even worse, as seven of the 12 banks in consideration witnessed a decline in investment during this period.


Six of the 19 banks for which data was available witnessed a fall in revenue from funds parked with the RBI and interest accrued from interbank funds. In contrast, seven witnessed a decline in the income from the investment category compared to the previous fiscal. The rise in the case of income from investments was still higher than the public sector banks at 3.1 per cent in 2021-22.


While banks have made gains, the question is whether they will be able to hold those gains in the long run.


A rise in interest rates and hardening of yields would hurt treasury profits. Also, if credit growth does not pick up and interest income from advances and bills declines, it would further hamper banks’ profits.


With global growth faltering and Indian inflation rising, another crisis is in the making. Will banks be able to take advantage? 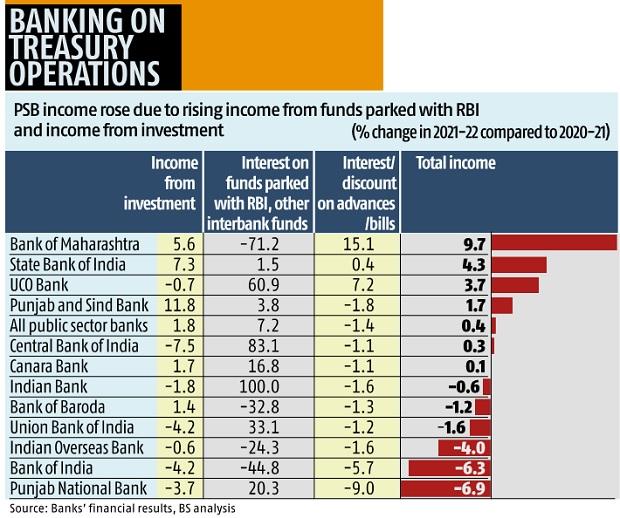