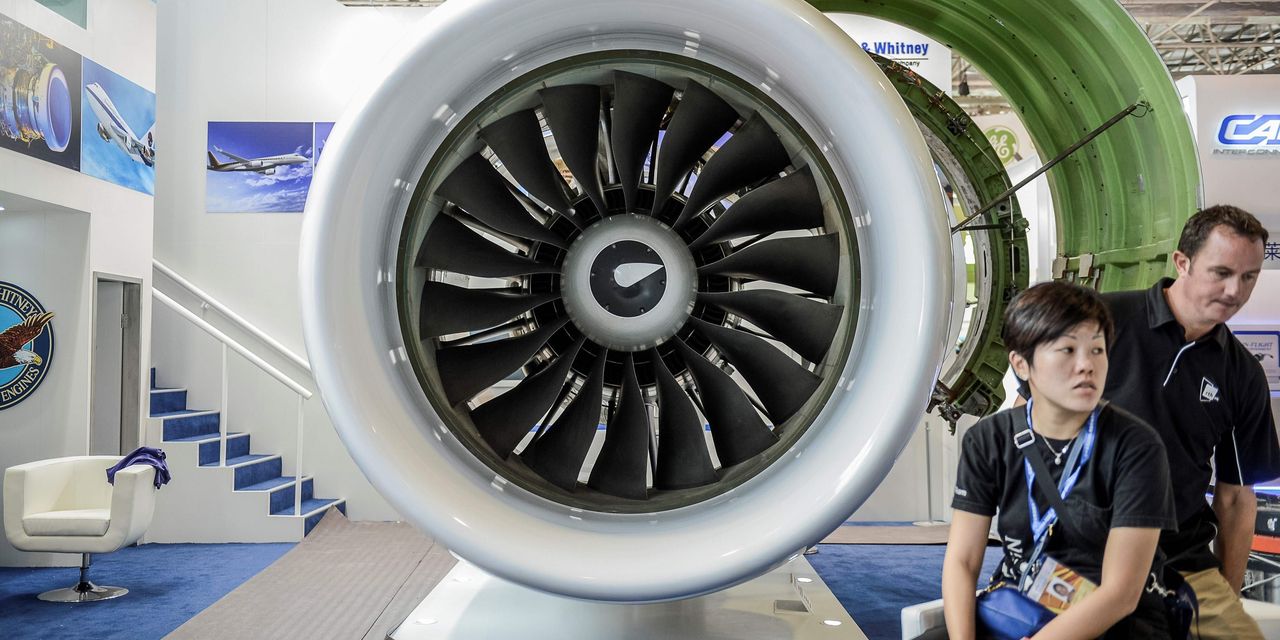 
Shares of Raytheon Technologies Corp., the maker of the Stinger and Javelin missiles, rose Tuesday, after the company posted fourth-quarter profit that more than doubled from the year-earlier period, offsetting a slight miss on sales.

Chief Executive Greg Hayes said the Russian invasion of Ukraine had boosted demand for its products as governments raise defense budgets. The U.S. government said in December it would offer Raytheon’s Patriot air and missile defense system to Ukraine to help it defend itself against Russian missiles.

“We remain in lockstep with the U.S. government to ensure we can continue to support our allies,” Hayes told analysts on the company’s earnings call.

The European Union is planning to increase military spending by 70 billion euros ($76.1 billion) in the next three years, while Japan is aiming to boost its spending by 26%, said Christopher Calio, newly appointed chief operating officer, on the call.

In its aerospace segment, Raytheon
RTX,

is benefiting from the recovery in travel, that has seen demand climb at a time when airlines are facing supply chain issues and flying planes for longer, boosting demand for parts and aftermarket services.

“In commercial aerospace, we expect global air traffic to fully recover to 2019 levels as we exit 2023 with continued strength in the U.S. and Europe,” said Calio. “This is pretty consistent from what we’re all hearing from the airlines.”

The company is expecting the lifting of COVID restrictions in China to boost traffic levels, with China representing about 14% of global air traffic, he said.

“We’re also seeing traffic in other parts of the world remain resilient,” said Calio. Raytheon is now expecting commercial aftermarket revenue growth across its aerospace businesses to approach 20% in 2023 and for commercial production rates to climb around 20%.

“While we are broadly beginning to see our supply chain improve, it’s not yet at the levels we need. We are assuming a recovery as we move into the back half of the year,” said Calio.

The company is planning to streamline into three segments; Collins Aerospace, Pratt & Whitney and Raytheon. The move will merge the former Raytheon Intelligence & Space and Raytheon Missiles & Defense segments. It expects to complete the realignment in the second half of 2023.

“Given that Raytheon has exposure to pretty much every market in aerospace & defense, its outlook neatly encapsulates the broad themes that we expect to play out this year,” Stallard wrote in a note to clients.

“Very basically, demand continues to exceed supply in defense and aerospace OEM [original equipment manufacturing], while the aero aftermarket continues to enjoy its ‘sweet spot’. Raytheon management expects the supply chain issues to ease in the second half, with further progress into 2024—and that is probably the biggest risk to the numbers this year (as it was in 2022).”

Stallard reiterated his buy rating on the stock and $109 price target, that is about 11% above its current price.

Overall, Raytheon had net income of $1.422 billion, or 96 cents a share, in the quarter, more than double the $686 million, or 46 cents a share, posted in the year-earlier period. Adjusted per-share earnings came to $1.27, ahead of the $1.24 FactSet consensus.