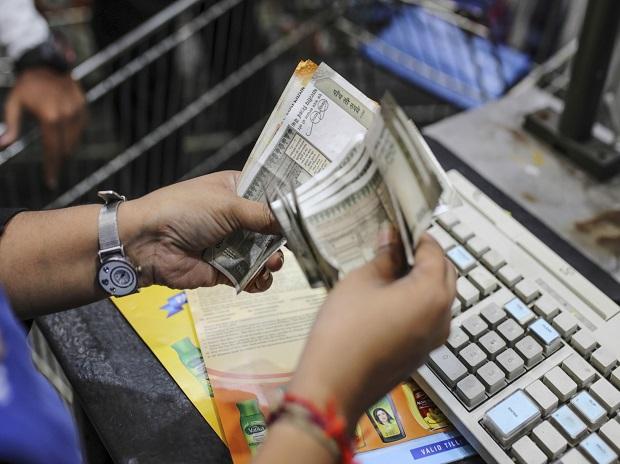 The rupee notched up firm gains against the dollar on Wednesday, closing at its strongest level since September 30, as weakness in the greenback ahead of the results of US midterm elections and resumption of overseas investment in stocks bolstered the local currency.


The rupee settled at 81.43 per US dollar as against 81.92 per dollar at previous close. So far, in the current calendar year, the rupee has depreciated 8.7 per cent against the US dollar.


With the US dollar index taking a tumble late last week, the rupee has enjoyed a strong run against the greenback, gaining 1.8 per cent — 146p — since November 3. During the period, the rupee has fared better than 10 other emerging market currencies, Bloomberg data showed.


“Investors are hoping for a US political gridlock that could prevent radical policy changes and for a slowdown in the pace of rate hikes from the Fed. This in turn is weighing on the dollar and US yields,” Shinhan Bank’s vice-president (Global Trading Centre) Kunal Sodhani said.


“DXY (dollar index) faces crucial support of 109.20 levels, eyeing bounce from these levels but if broken then can eye 107.80. USD long positioning has drastically reduced as well,” he said.


The dollar index, which measures the US currency against six major rival currencies, fell below the 110-mark on Wednesday, touching a low of 109.67. Since November 3, the index has shed almost 3 per cent.


Dealers said the weakness in the dollar index on Wednesday was also on account of a sharp rise in the euro caused by a recent surge in German bond yields.


The weakness in the dollar index comes despite a fresh 75-basis-point rate hike by the US Federal Reserve on November 2. Higher US interest rates typically dim the appeal of assets in emerging markets such as India.


Following the rate hike, which took the total quantum of rate increases so far in 2022 to 375 bps, several Fed officials hinted that the central bank could opt for a slower quantum going ahead.


“This is primarily a reflection of dollar weakness, which has happened after some of the comments about the Fed rate and also some hopes of China re-opening on a firmer footing. These are the factors which are supporting the dollar weakness,” Standard Chartered Bank’s Head of Economic Research South Asia Anubhuti Sahay said.


While the rupee has recovered ground considerably after touching a lifetime low of 83.29/$1 on October 20, analysts do not predict much more strength in the local currency from its current levels.


“It looks unlikely that it’ll be trading below 81/$1. That level seems to be the lower end of the range and we may once again see the market move towards 82-82.30/$1 levels in coming days,” Anindya Banerjee, VP, Currency Derivatives & Interest Rate Derivatives at Kotak Securities, said.


According to Standard Chartered Bank’s Sahay, the rupee is likely to end 2022 around the 83/$1 mark as fundamental factors such as a wider current account deficit and higher crude oil prices would prevent any sharp appreciation.


“There is a fair bit of an overvaluation too. So, everything keeps our view intact that we’ll see the rupee trading closer to 83/$1 levels in the near term before we see any reversal towards $81 which we expect to be a story in the second half of 2023,” she said.