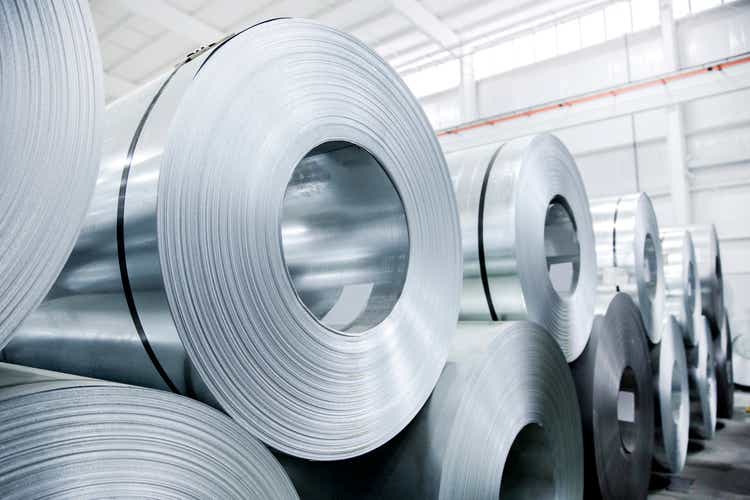 Russian imports, which remain exempt from sanctions, continue to flow unrestricted into the U.S. even as allies such as Australia face restrictions left over from the Trump administration, Stausholm said in the interview.

It is “very difficult to have a profitable aluminum industry in North America at this point in time because Russian aluminum is flowing in,” the CEO told Bloomberg. “We have the lowest aluminum price this year and you would have thought the Russia-Ukraine crisis would have led to higher prices in aluminum.”

Rio Tinto (RIO) is North America’s largest producer of aluminum, with its major assets in Canada; half of the aluminum consumed in the U.S. comes from Canada.

The Biden administration has not sanctioned Russian aluminum imports because the country is the world’s second largest producer of the metal and Russian-supplied aluminum traditionally accounts for ~10% of total U.S. imports.

Aluminum prices (JJU) have slumped more than 20% YTD, and prices on the London Metal Exchange have dropped to their lowest since March 2021.