The market rallied on yesterday as volatility, and the fell sharply. The dropped to 21ish yesterday and almost filled the gap created on Aug. 19. Despite the bullish day, the one interesting thing is that options traders didn’t see it that way. The deltas on the were massively negative yesterday, suggesting that traders were buying puts and selling calls. That is not a bullish options activity; that is bearish options active. 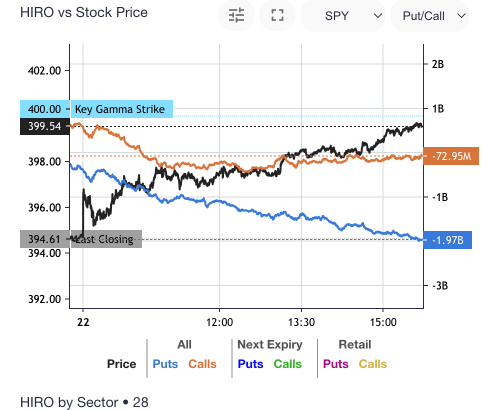 It is also evident that with the trading slightly higher yesterday and at the bottom of its range, and the VIX trading around 21, it is getting very cheap to start buying protection again. Additionally, the last few times, the VIX was in this low 20 range; it came right at the time of the Fed .

You have to ask yourself if the VIX will go sub-20 between now and year-end. That is also knowing that the Fed minutes come out today. Powell is talking on Nov. 30, a release the second week of December, and an FOMC meeting the next day. While also being fully aware that a falling VIX helps to ease financial conditions, which is precisely the opposite of what the Fed wants. 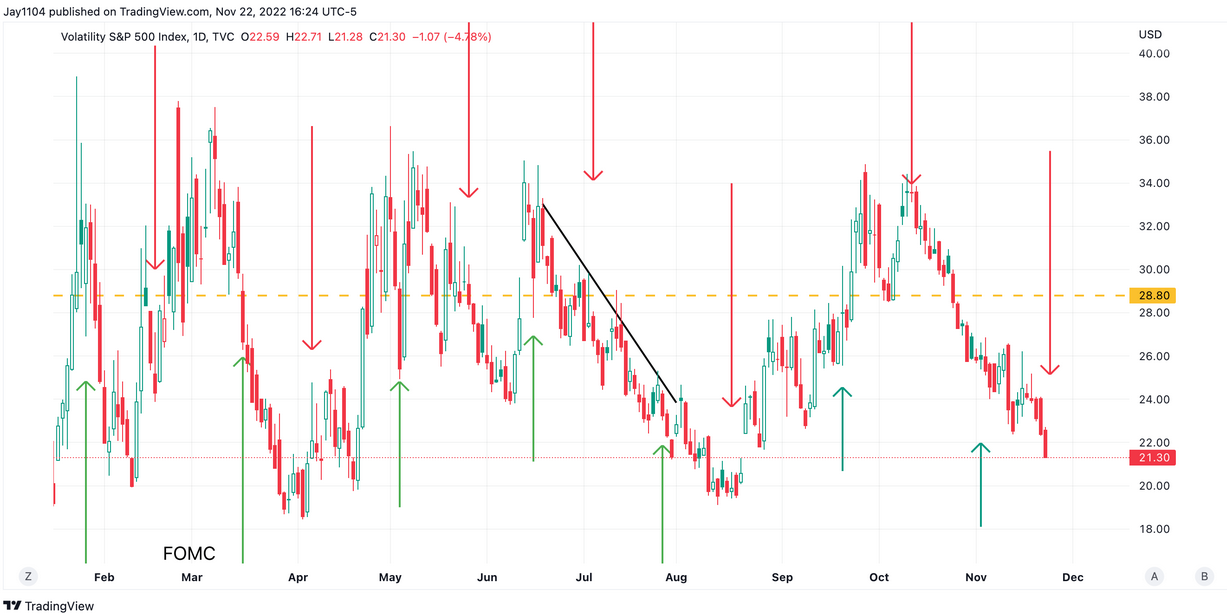 As for the S&P 500, I still think we have a downside risk here of around 3,750. I don’t see a case for markets to continue to rise. Which is also precisely the opposite of what the Fed keeps telling us they want. At this point, this seems like a common retracement to me.

Or the end of a potential extension. So if the market rally wants to end here, the Fibs certainly make a strong case for that.

Meanwhile, the dollar moved down yesterday, giving back some of the gains from Monday’s, which also helped to boost equity markets as financial conditions ease when the dollar falls. It almost looks as if we have formed a bull flag now in the dollar, indicating the dollar still has further to climb.