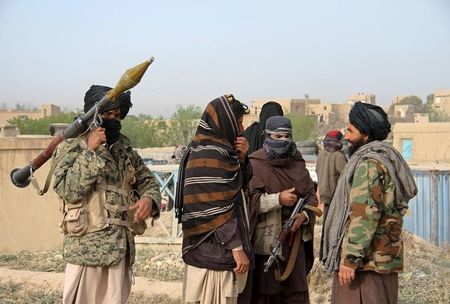 Kabul, Jan 26 (IANS) A top UN official said that the Taliban-led government in Afghanistan are planning to set up new rules to allow women to work in some humanitarian operations.

Speaking to the BBC, the UN Under-Secretary-General for Humanitarian Affairs Martin Griffiths said he had received “encouraging responses” from a wide range of Taliban Ministers during talks in Kabul, even if last month’s edict banning Afghan women working for NGOs was not reversed.

“It’s worth remembering that, this year, Afghanistan is the biggest humanitarian aid programme in the world ever,” Griffiths said.

This year, agencies will try to reach 28 million Afghans, more than half the population, including six million who are “knocking on famine’s door”, the top UN official told the BBC.

This week, Griffiths has held back-to-back meetings in Kabul with senior Taliban government leaders about the edict banning Afghan women from working with aid organisations.

“I think they’re listening… and they told me they will be issuing new guidelines in due course which I hope will help us reinforce the role of women.”

Griffiths’s trip to Kabul comes in the wake of last week’s visit by the UN’s second-in-command Amina Mohammed.

But Afghanistan is witnessing the coldest winter in a decade, the window is closing for an urgent relief effort.

Several aid agencies, who rely enormously on their Afghan female staff have already suspended their operations.

“I cannot think of an international priority as high as this one to keep this extraordinarily important massive programme alive,” Griffiths told the BBC.