‘Taxpayers bring their racial identity onto their 1040’: White families are reaping over 90% of the benefit from this powerful tax rule 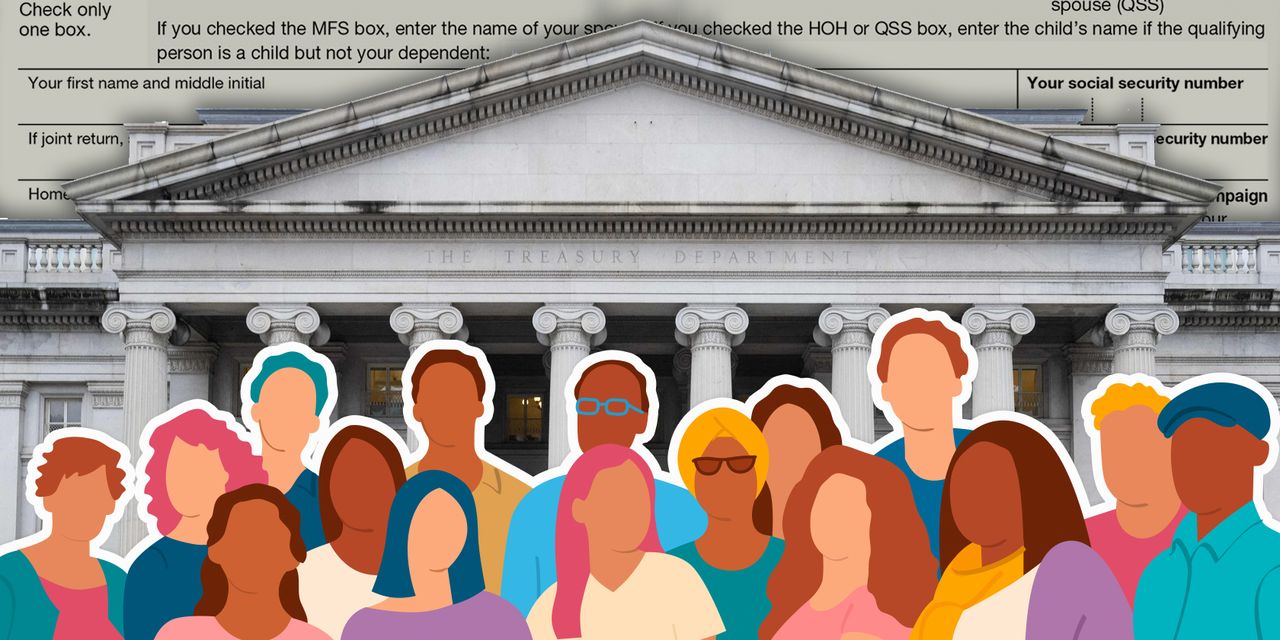 Tax season is starting for all Americans — but the tax code’s provisions play out very differently for white families compared to families of color, new research says.

The tax benefits from some of the most advantageous parts of the federal income-tax code accrue disproportionately to white families, according to Treasury Department findings that show the broader implications of dry tax rules.

In the tax breaks for homeownership, white families take in 84% of tax benefits from the mortgage interest deduction, said researchers in the Treasury Department’s Office of Tax Analysis.

IRS tax forms do not collect data on race and ethnicity, so researchers used predictive models and estimates based on tax-return data samples to reach their findings. The paper’s authors stressed they were not arguing for or against certain tax rules, but attempting to shed more light on the tax code’s unequal impacts from the view of race and ethnicity.

The rules attached to long-term capital gains were particularly noteworthy, researchers said. When a taxpayer holds a capital asset — like a stock or bond — for more than a year, the gain is taxed at a lower rate than ordinary income like wages. Depending on income, the rate generally runs from 0% to 20%, but the IRS says it’s 15% for most households.

Treasury Department researchers estimated $135 billion of the $146 billion in tax expenditures attached to the preferential rate on capital gains and qualified dividends would go to white families. Meanwhile, Hispanic families would take in $4 billion, Black families would get $2 billion and other demographics would take the rest.

Of course, capital gains rules could apply to anyone — but a taxpayer needs capital assets to start.

“Taxpayers bring their racial identity onto their 1040. You don’t stop being a Black person or a Hispanic person or a white person just because you fill out a tax return. You are Black in a society that has systemic racism. You are Hispanic in a society that has systemic racism. That doesn’t stop at the tax-return edge,” Dorothy Brown, the author of “The Whiteness of Wealth: How the Tax System Impoverishes Black Americans — and How We Can Fix It,” told MarketWatch.

The report cited Brown’s work, and the Georgetown Law professor said its findings are a “really good first start” that largely confirmed what she has been studying on provisions including capital gains and the mortgage interest deduction.

Read more: ‘There is a penalty for being Black’: How present-day racism devalues Black people and their property — and what to do about it

It also reaffirmed her view that the best solutions to the tax code’s disparities are extremely simplified rules and minimal deductions that avoid special treatment and exceptions, the professor said. Brown is a member of the Treasury Department’s Advisory Committee on Racial Equity, but was not involved in the report’s writing or research.

“‘It is essential that the American tax system change so that it reflects our true values, rather than consistently favoring wealth over labor.’”

Even among the top 5% of families, the new Treasury report said, white households averaged a $24,300 yearly tax benefit from the preferential rate, compared to $20,600 for similar-earning Black households and $16,900 for Hispanic households.

One part of the discrepancy, Brown said, is that “Wall Street doesn’t think of Black Americans as potential customers.” Another ingredient is the higher likelihood that higher-earning Black Americans are more likely to be financially supporting other members of their family — which gives them less money to invest in the stock market or elsewhere, Brown added.

Nearly six in 10 people (58%) last year said they owned stock, according to Gallup. Among the owners, 64% were white and 46% were people of color, the pollsters said, noting that “stock ownership is strongly correlated with household income, formal education, age and race.” (Stock ownership counted as direct holdings, via mutual fund or a retirement account portfolio.)

Beverly Moran, a Vanderbilt University Law School professor whose research on the interplay between race and taxes was also cited in the Treasury report, told MarketWatch in an email that “it is absolutely true that these tax rules favor whites over Blacks, but that is just half the story.”

“The bigger story is that these rules favor people who get their money from property over people who earn their living through labor,” Moran said. “How is this possible in the USA, where we pride ourselves on our large middle class and our work ethic? It is essential that the American tax system change so that it reflects our true values, rather than consistently favoring wealth over labor.”

The findings add context to who stands to gain or lose as this tax season gears up. 2022 was an atrocious year for stock markets given high inflation, rising interest rates and worries of a recession. The Dow Jones Industrial Average
DJIA,
,
S&P 500
SPX,

turned in their worst performances since 2008.

But investors selling at a loss can use tax provisions to offset gains, then lower their income by up to $3,000 and apply the remaining losses to future tax years. The strategy of “tax loss harvesting” has taken extra value given market conditions, experts said.

On the other hand, the payouts from the earned income tax credit are reverting to a smaller amount for workers without children this tax season. The maximum payout falls from approximately $1,500 to $500 after a pandemic-era boost to the credit expired.

Likewise, 2021’s temporary enhancements to the child tax credit have come and gone. That year, the credit jumped from $2,000 per child to $3,600 for children younger than 6, and $3,000 for children ages 6 to 17. Democrats have been pushing to reinstate the credit at the higher payment.

The most recent attempt came in the Capitol Hill negotiations on a year-end spending deal last month. Democrats tried tying higher credit payments to proposed tax changes for corporate research and development expensing. Higher payments for the credit didn’t make it in the deal, nor did revamped tax rules on expensing for corporations.