The holidays won’t end the PC boom-turned-bust, and neither will the new year 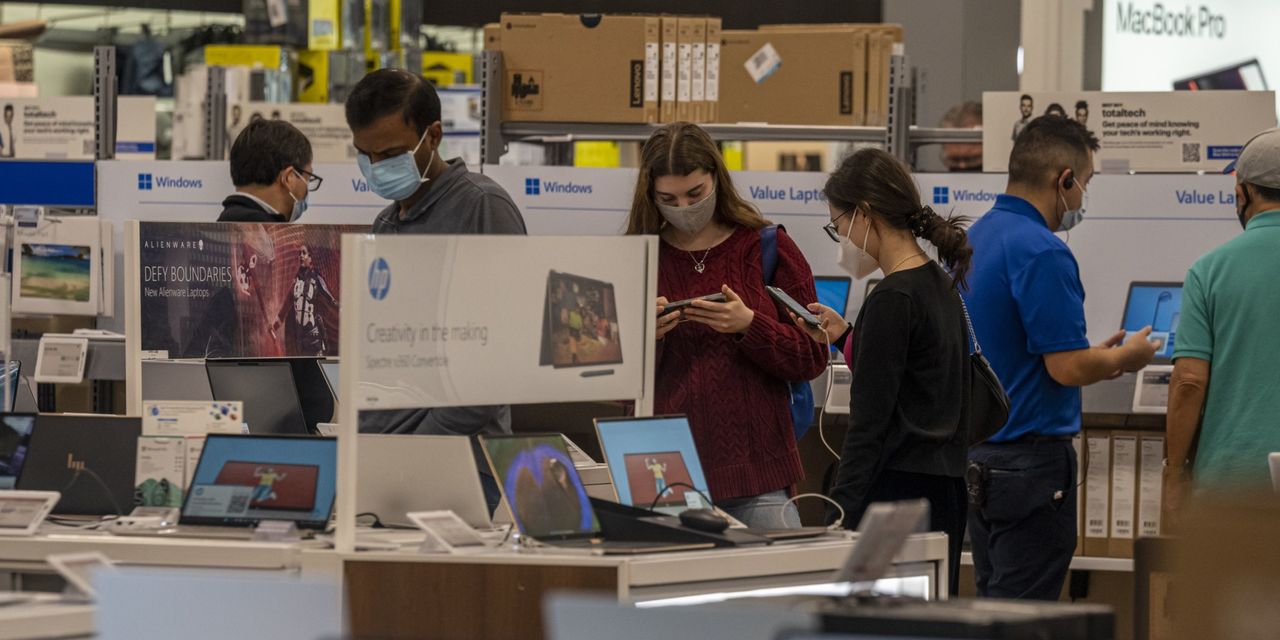 
The pandemic-fueled personal computer boom-turned-bust is not turning around this holiday season, or anytime soon, but that could give consumers access to decent deals this year.

Analysts had already told us that PC sales were falling at their worst recorded rate, and results from the two largest American computer makers as well as electronics retailer Best Buy Inc.
BBY,

this week indicated that the holiday quarter will not provide the black in their ledgers for which Black Friday is named. Quite the opposite, in fact, as doubts about the path forward led to a new round of layoffs at No. 2 PC maker HP Inc.
HPQ,
,
with executives predicting a 10% to 20% decline in PC shipments this year as the normal rules go out the window.

“We do expect that normal seasonality won’t apply in ’23,” HP Chief Financial Officer Marie Myers said on a conference call.

For more: The pandemic PC boom is over, but its legacy will live on

HP reported an 11% revenue decline and surprising net loss Tuesday afternoon. Overall PC sales tumbled 13% in the quarter, led by consumer revenue, which plunged 25%, while commercial revenue fell 7%. The disappointing results also came with the additional bad news of its third restructuring plan in about a decade, which will shed 4,000 to 6,000 workers over the next three years.

HP expects unit shipments of PCs to be down around 5% to 6% in the fiscal first quarter of 2023, which includes the holiday season, and the overall PC market to decline about 10% next year. It was not the only woeful forecast this week: Dell Technologies Inc.
DELL,
,
which reported its fiscal third-quarter results on Monday, guided for revenue to fall about 16% from last year this holiday quarter at the midpoint of its forecast, with commercial PC sales a big factor.

The computers that do sell will likely be much cheaper than anyone in the industry would like. Executives at consumer electronics retailer Best Buy
BBY,

noted in their call with analysts early Tuesday that average selling prices [ASPs] were down slightly compared with a year ago, and predicted that pricing will start getting more aggressive during the holiday season.

“ASPs will likely continue to be lower on a year-over-year basis as promotional activity that was largely absent during much of the pandemic has returned,” said Best Buy Chief Executive Corie Barry.

Best Buy actually surprised analysts with better-than-expected results, in large part due to significantly more promotional activity, as the industry tries to get rid of excess inventory. But HP is trying to avoid those deals — executives said they already saw big price cuts during the October quarter, especially in the consumer segment in the European and Middle Eastern market, but decided not to follow. As a result, the company has lost some share of the PC market.

“This quarter, we saw very aggressive pricing in many countries in the world, especially in the consumer segment, especially in EMEA,” HP CEO Enrique Lores told analysts. “And in many cases, we decided not to participate. But we also know that to maintain a strong leadership position in this market, we need to regain share.”

For this year, Dell reiterated its expectation that total PC unit shipments for 2022 will come in around 280 million to 290 million units, which would be down 17% to 20% from 2021 total unit shipments of 349 million, according to IDC Corp.

Bernstein Research analyst Toni Sacconaghi asked HP execs about their forecast for the overall market being slightly more optimistic than their rivals at Dell. HP executives said they expect some improvements in revenue trajectory in the back half of fiscal 2023.

What seems to be clear is that no one really knows if or when PC sales will rebound again, as companies are going back to the office in fits and starts, and consumers are stretched in this inflationary environment, with rising food, gas and other basic living costs making it more difficult to buy electronic gadgets or upgrade to better PCs.

“At the highest macro level across retail, each customer is making tradeoffs, especially with the significant impact of inflation on basics like food, fuel and lodging,” said Best Buy’s Barry.

Whichever company is correct in its forecasts, none of them are encouraging for the holidays, or for next year. The PC market seems to be relegated to the doldrums after unexpected popularity during the pandemic, and the only winners might be those who waited to make their big PC purchase.