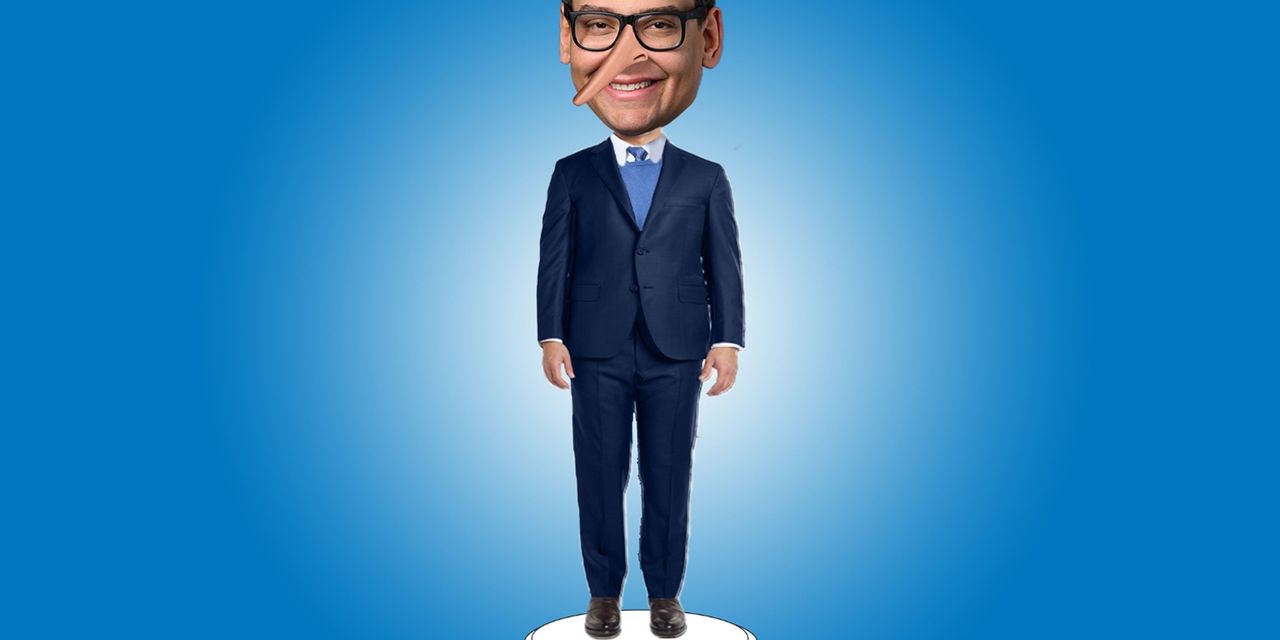 
This collectible hits George Santos on the nose.

The embattled New York congressman is getting the bobblehead treatment, but with a Pinocchio-inspired twist.

The National Bobblehead Hall of Fame and Museum located in Milwaukee is producing a Santos bobblehead in two styles. One is a standard version of the House Republican, but the other depicts him with an elongated nose as a way of “representing the mounting number of lies and fabrications surrounding Santos’ background that have been documented,” according to a press release.

Santos has indeed come under fire for a number of false claims that he made about his background, ranging from his education to his religion and employment history. Several politicians, including Republicans from New York, have called on him to resign. But he has so far refused.

“‘We took the suggestion and ran with it.’”

Phil Sklar, co-founder and chief executive of the National Bobblehead Hall of Fame and Museum, told MarketWatch that the decision to create a Santos bobblehead came after he received multiple requests for one.

“We took the suggestion and ran with it,” he said.

MarketWatch reached out to Santos’ office for comment about the bobblehead, but didn’t receive an immediate reply.

Sklar’s organization, which has a collection of 15,000 bobbleheads, has gone increasingly into the manufacturing business and releases a couple of hundred bobbleheads a year. And that includes ones of politicians, ranging from presidential candidates to former Republican congresswoman Liz Cheney and newly elected Pennsylvania senator John Fetterman.

By many accounts, the bobblehead market is growing. Industry leader Funko
FNKO,

had sales that topped $1 billion in 2021. And Sklar says some rare bobbleheads, such as a 1960 New York Yankees-themed baseball one, can sell for tens of thousands of dollars.

The Santos bobbleheads will sell for $30 each, or $55 for a set of the two styles. Sklar said his organization is accepting pre-orders now, but the bobbleheads are not expected to ship until May. A portion of the sales will benefit dog-related GoFundMe campaigns, Sklar said, pointing to how Santos has been accused of not releasing money that he collected for one such campaign.

Sklar added that the Pinocchio-inspired bobblehead design could still possibly be tweaked.

“We may have to make the nose a little longer if stories keep coming out,” he said.