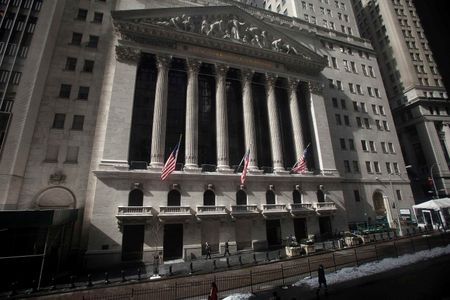 Investing.com — U.S. stocks wobbled on Friday to open an abbreviated session in New York as retailers pinned their hopes on the official start to holiday shopping.

While the so-called Black Friday sales started a few weeks ago, this weekend is traditionally the kick-start to what retailers hope is a strong sales season. But recent earnings reports from big U.S. retailers show a mixed bag.

Consumers are still spending despite , but lower income households have been making tradeoffs for necessities versus discretionary purchases. And retailers have still been dealing with excess inventory by offering big promotions to clear it out.

Americans are also traveling this weekend in numbers approaching the time before the pandemic. The Transportation Security Administration said more than 2.45M people went through its airport security screens on Wednesday, just shy of the 2019 level.

The meets next month to decide the next path for interest rates after raising its benchmark rate 0.75 percentage point at each of its last four meetings. Wall Street now expects the central bank will raise rates again, but perhaps at a smaller half-percentage point increment.

Wall Street stock trading will close at 13:00 ET after being closed on Thursday for Thanksgiving.