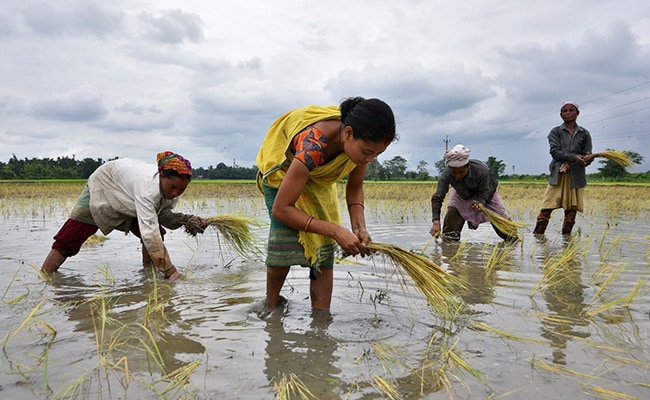 India exports rice to over 100 nations.

The world’s food supply may face additional difficulties as a result of the dry spell in some parts of India. You must be wondering how! India is the largest rice exporter in the world. However, the overall area planted with rice has reduced by 13 per cent this season due to a lack of rainfall in some regions, particularly West Bengal and Uttar Pradesh, which produce 25 per cent of India’s output.

In some locations, the planting areas are now smaller than they have been in nearly three years. As such, India’s ability to grow rice is in jeopardy at a time when countries are battling with increasing food prices and severe inflation.

According to a report in the Economic Times, prices of some types have risen by more than 10 per cent in the previous two weeks in many growing regions as a result of low rain and increased demand from Bangladesh.

According to Mukesh Jain, a director at rice shipper Sponge Enterprises Pvt., free-on-board export pricing might rise from as much as $365 per tonne at the moment to $400 per tonne by September.

According to traders, a decline in rice production might make India’s battle against inflation more difficult and lead to export restrictions. Such a choice will have a big impact on the billions of people who depend on the basic food. India’s rice prices have risen as a result of concerns over production.

Rice may be a new obstacle in India’s fight against inflation.

This year, consumer prices continued to exceed the Reserve Bank of India’s tolerance level of 6 percent, which resulted in a sharp rise in interest rates.

The central bank may raise borrowing charges further because the rupee’s decline this week has essentially offset the effect of declining commodity prices, such as those for fuel and vegetable oils.

India exports rice to over 100 nations. Among its main customers are a few nations in the Middle East, Bangladesh, China, and Nepal.